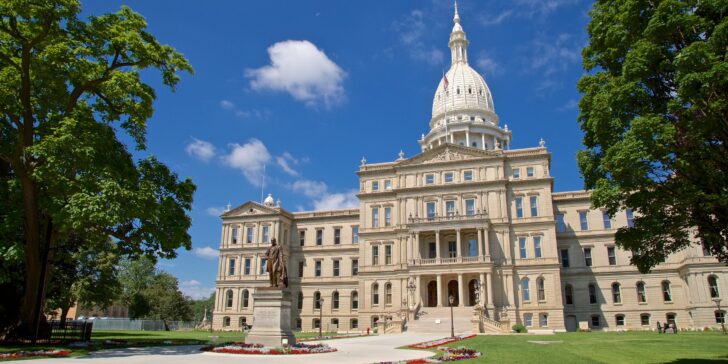 Gov. Gretchen Whitmer sent a letter to Secretary of State Jocelyn Benson calling for a special election to fill three vacant seats in the Michigan House of Representatives.

Two of the vacancies resulted from former Reps. Douglas Wozniak, R-Shelby Township, and Mark Huizenga, R-Walker, migrating to the Michigan State Senate. The third vacancy was created by the passing of Rep. Andrea Schroeder, R-Independence Twp.

“As a state, it is critical that we take the appropriate steps to ensure that all Michiganders are fairly, justly, and equitably represented at all levels of government,” Whitmer said in a statement. “By calling a special election, we can ensure that those vacant seats are filled and that the constituents of 36th, 43rd, and 74th districts have a democratically elected representative working for their best interests in Lansing.”

“The Department of State stands ready to work with local and county election officials to implement the special elections this Spring,” Benson said in a statement. “Filling these partial terms before districts change will assist election officials in an orderly redistricting process and 2022 election cycle.”

The letter doesn’t address the expected vacancy in the 15th District of the Michigan House because Rep. Abdullah Hammoud, D-Dearborn, was elected as mayor of the city. Once Hammoud resigns from his current position, Whitmer anticipates issuing a separate call for a special election with the same timeline to fill that vacancy.