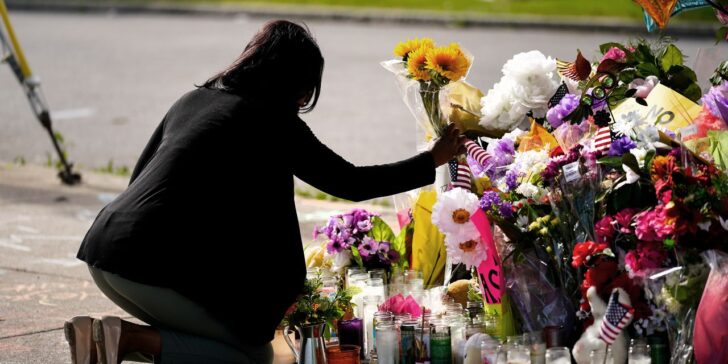 In the aftermath of a massacre at a Texas elementary school earlier this week, California lawmakers have advanced several pieces of legislation in an effort to address and prevent gun violence.

Just one day after a gunman entered Robb Elementary School in Uvalde, Texas, and killed 19 children and two teachers, Gov. Gavin Newsom and leading lawmakers vowed to expedite a package of gun legislation to the governor’s desk, which Newsom said he would “enthusiastically” sign by the end of next month.

While California already has some of the strictest gun laws in the nation, several proposals brought forth this year include bills targeting unserialized weapons, known as “ghost guns,” and would allow lawsuits against gunmakers and distributors under certain situations.

Earlier this week, a bill backed by Newsom allowing Californians to sue anyone who “manufactures, distributes, transports or imports” assault weapons and unserialized “ghost guns” was advanced by the Senate and now moves to the Assembly. The law, which is modeled after Texas’ abortion law, would allow citizens to collect $10,000 per weapon.

“Taking the cue from Texas and the SB 8 bill that put women’s lives at risk, we’re going to use those core tenets to save people’s lives here in California,” Newsom said at a news conference earlier this week.

Senate lawmakers also passed legislation Tuesday that would require immediate reporting of any perceived threat of an “incident of mass casualties” at a school to local law enforcement. Other bills that advanced included measures requiring firearm dealers to have a digital surveillance system installed at their business and prohibit the sale of firearms on state property.

On the Assembly side, lawmakers pushed forward more than half a dozen gun violence prevention measures throughout this week, including a bill that creates a 10-year firearm ownership ban for people convicted of “child abuse and elder and dependent adult abuse involving violence.”

Among those measures was a bill that would allow California’s attorney general and victims of gun violence to sue gun makers and distributors who are “irresponsible, reckless, and negligent in the sale or marketing of their products in California.”

Using an exception in federal law, AB 1594 requires gun makers and sellers to “enforce reasonable controls” and “reasonable precautions” to prevent their weapons from being sold to a downstream distributor who fails to enforce precautions. Failure to comply with this “firearm standard of conduct” would be cause for civil action, according to the bill.

“It’s not fair that almost every industry in the United States can be held liable for what their products do, yet the gun industry is exempt from that, providing no incentive to follow our laws,” Assemblymember Phil Ting said in a statement Thursday. “Hitting their bottom line may finally compel them to take every step possible to prevent illegal sales and theft of firearms to reduce gun violence.”

Other measures passed by the Assembly this week include a bill to restrict ghost guns and the parts to build them, a measure to prohibit firearm marketing to minors and a bill that increases requirements for vendors at gun show events.

Bills passed out of their original houses will now move to the other chamber to continue the legislative process. If these bills are passed by the opposite house, they will move on to Newsom’s desk to be signed into law.