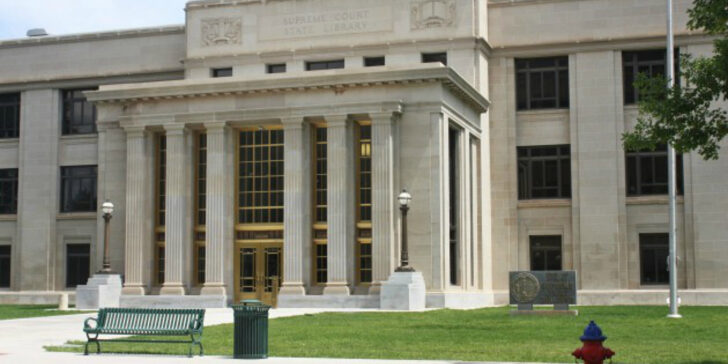 “The City’s challenged ordinances cannot stand,” the supreme court ruling authored by Justice John W. Kittredge said. “We reiterate that we address and decide only the legal question before the Court. The supreme legislative power in this state is vested in the South Carolina General Assembly, not a local government.”

The case reached the state’s top court after South Carolina Attorney General Alan Wilson sued Columbia over its recently implemented mask mandate. Wilson first sent a letter to Columbia after it passed the mandate, giving the city a deadline to rescind its mandate.

When the city refused, instead sending a letter back to Wilson on Aug. 11, it said “a mask mandate prohibition is clearly not a matter that is germane to fiscal issues which is the only issue allowed to be taken up in the general appropriations act and therefore it is unconstitutional and unenforceable.”

“The City of Columbia’s stance is the same now as it was before we enacted our emergency ordinance requiring masks in our elementary and middle schools: we will always act to preserve and protect the health and safety of our children,” Columbia Mayor Steve Benjamin said. “This is a sad day for children in South Carolina. What is even sadder is the people who have been elected to protect them, who should always and only act to keep them healthy, educated and alive, won’t fight for them. With record numbers of our children falling ill to this deadly virus, we pray for our children.”

The court previously ruled the University of South Carolina had the right to issue a mask mandate based on the wording of a different relevant budget proviso, which did not prevent the action.

The court said the proviso related to K-12 schools in the state, however, does apply to Columbia’s rule.

“Unlike the proviso in Creswick, Proviso 1.108 manifestly sets forth the intent of the legislature to prohibit mask mandates funded by the 2021-2022 Appropriations Act in K-12 public schools,” the supreme court ruling said. “… We appreciate that the South Carolina legislature and the City of Columbia have differing views on whether parents of school children should decide whether their children must wear masks at school or whether the government should mandate that decision.

“Each legislative body has clearly expressed its respective position through legislative enactments, and both legislative bodies have acted in good faith. While allowing school districts flexibility to encourage one policy or the other, the state legislature has elected to leave the ultimate decision to parents.”

“The South Carolina Supreme Court has come to a sound conclusion based on the rule of law – a parent’s right to decide what’s best for their child is now definitively protected by state law,” Gov. Henry McMaster tweeted. “I would again encourage anyone eligible to receive the vaccine to get vaccinated.”