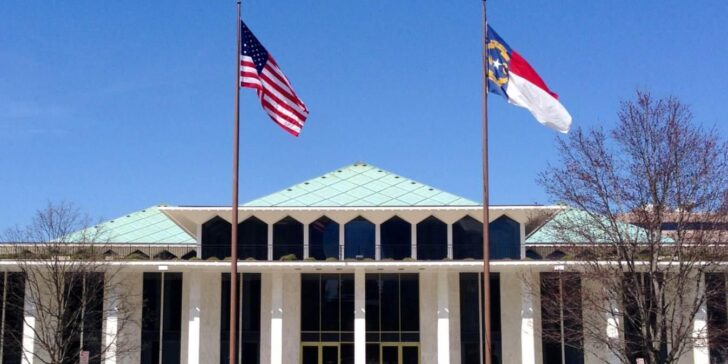 A bill that blocks North Carolina’s K-12 schools from promoting critical race theory is on its way to Gov. Roy Cooper.

The North Carolina House gave House Bill 324 final approval Wednesday with a 61-41 vote. The bill prohibits schools from promoting more than a dozen concepts about racism and discrimination, most of which came from critical race theory.

The theory is centered around the idea that race is a social construct used to oppress people of color. It was developed by legal scholars in the late 1970s and 1980s, concludes racism in America is systemic. Critical race theory gained new notoriety in response to the 1619 Project, a New York Times multimedia piece that connects slavery to capitalism.

Despite first being approved in the House, 66-40, in May, the measure led to a lengthy debate Wednesday. Democrats said the bill would censor history. Republicans said it would stop schools from pushing inappropriate concepts.

Rep. Destin Hall, R-Caldwell, said most of the opposition is based on misconceptions about the bill.

“We’ve heard a claim that this would somehow prevent teachers from teaching about the Civil Rights Movement, and, yet, if you actually read the text of the bill, it makes it clear that teachers can’t compel students to believe, among other things, that an individual should be discriminated against or receive adverse treatment solely or partly because of his or her race or sex,” Hall said. “That’s the very essence of the Civil Rights Movement.”

HB 324 lists 13 concepts educators would be banned from promoting in public schools. The legislation prohibits schools from teaching race superiority and that people and the country are inherently racist or sexist. It blocks schools from teaching students to stereotype others as morally corrupt or prejudice based on skin color or sex.

The measure also would stop schools from making students “feel guilt or anguish” because of their race, sex or actions of others in the past. It blocks schools from encouraging the idea that America was created by a certain subgroup to oppress others and bans schools from promoting overthrowing the U.S. government and that the rule of law does not exist.

Some Black House Democrats and the state’s only Native American lawmaker, Rep. Charles Graham, D-Robeson, used their time during floor debate Wednesday to reflect on racial events from the past.

Rep. Abe Jones, D-Wake, said he agrees with barring discriminatory concepts in schools, but he doesn’t believe teachers are promoting them.

“Who is doing this? Where are you getting this information? It’s the Boogeyman,” Jones said. “I’d like to see a film or a picture of somebody actually standing in front of students in North Carolina in a classroom and teaching what’s in those 13 parts.”

Sponsors of the bill said the concepts are indoctrinated in schools.

Lt. Gov. Mark Robinson, a strong proponent of the measure, launched a task force to examine “indoctrination” in the state’s schools. He released a report with 506 statements from teachers and parents alleging incidents of indoctrination in schools. Teachers and students reported being taught or trained that Black people are oppressed and white people are privileged.

Democrats argued that the reports, although inappropriate, were not indoctrination.

HB 324 directs teachers and other school staff to “employ teaching methods and procedures that … respect the dignity of others, acknowledge the right of others to express differing opinions and foster and defend intellectual honesty, freedom of inquiry and instruction and freedom of speech and association.”

School districts would be required to provide at least 30 days’ notice to the North Carolina Department of Public Instruction and the public before teaching or discussing banned concepts. They also must notify the department if they invite a speaker or trainer to schools that have spoken about the concepts in the past.