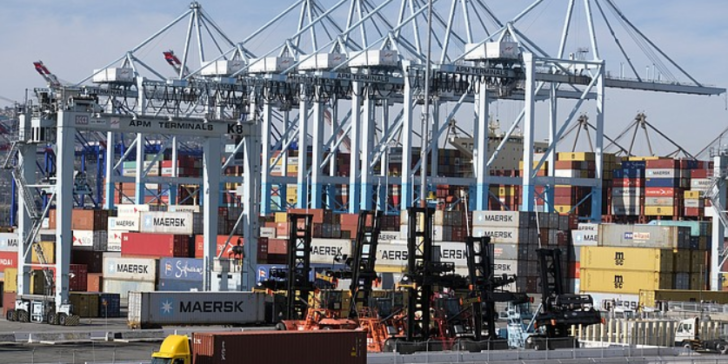 The port processed nearly 865,600 twenty-foot equivalent units (TEUs) in January, which represents a 3.6% increase compared to last year, according to port officials. Robust consumer demand continues to propel imports at the port, Executive Director Gene Seroka said during a news briefing, noting that retail sales jumped 3.8% from December to January.

“Our record-breaking January reflects the great efforts of our longshore workers, truckers and terminal operators as we continue to focus on additional operational efficiencies in the months ahead,” Seroka said in a statement.

The port also saw a 21.4% increase in empty containers moving off the docks in January compared to the same time last year. During a news briefing last week, Seroka said the port’s “Empty Container Dwell Fee” – which would fine carriers for cargo that sat too long on the docks – has “spurred some interest” in clearing the empty containers. The port has yet to officially impose the fee and has delayed the fine since it was announced in October.

The record-breaking January comes as officials continue to address pandemic-induced backlogs at the port. Seroka said that as of last Thursday, there were 69 ships headed to the San Pedro Bay Ports, down from a high of 109 ships and the lowest number since October 2021.

Exports at the report remain at their lowest since 2005 and down 16% since last January, Seroka said. The port director noted that the U.S. trade deficit grew 27% last year, adding that the 2020 Phase 1 Trade Agreement with China brokered by the Trump administration to propel exports “has fallen well short of expectations.”

“We must find a way to improve American exports, getting our farmers and manufacturers back into the international game,” Seroka said.

In 2021, the Port of Los Angeles shattered records for the amount of cargo processed in a year, handling over 10.7 million TEUs – a 13% increase from the previous calendar year record.