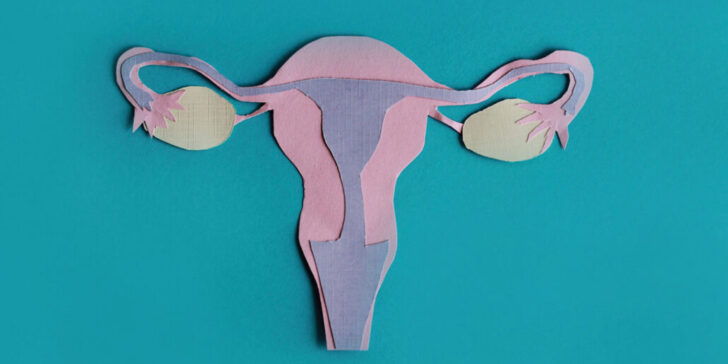 More than 2,000 years ago, Hippocrates, the Greek physician often considered the father of modern medicine, identified what came to be known as the clitoris, a “little pillar” of erectile tissue near the vagina’s entrance. Aristotle then noticed that the seemingly small structure was related to sexual pleasure.

Yet it wasn’t until 2005 that urologist Helen O’Connell uncovered that the “little pillar” was just the tip of the iceberg. The internal parts of the organ reach around the vagina and go into the pelvis, extending a network of nerves deeper than anatomists ever knew.

It took millennia to uncover the clitoris’s true extent because sexism has long stymied the study of female biology, science journalist Rachel E. Gross argues in her new book, Vagina Obscura. Esteemed men of science, from Charles Darwin to Sigmund Freud, viewed men as superior to women. To be male was to be the ideal standard. To be female was to be a stunted version of a human. The vagina, the ancient Greeks concluded, was merely a penis turned inside out, the ovaries simply interior testicles.

Because men mostly considered women’s bodies for their reproductive capabilities and interactions with penises, only recently have researchers begun to truly understand the full scope of female organs and tissues, Gross shows. That includes the basic biology of what “healthy” looks like in these parts of the body and their effects on the body as a whole.

Vagina Obscura itself was born out of Gross’ frustration at not understanding her own body in the wake of a vaginal infection. After antibiotics and antifungal treatments failed due to a misdiagnosis, her gynecologist prescribed another treatment. As Gross paraphrases, the doctor told her to “shove rat poison up my vagina.” The infection, it turned out, was bacterial vaginosis, a hard-to-treat, sometimes itchy and painful condition caused by an overgrowth of bacteria that normally reside in the vagina. (The rat poison was boric acid, which is also an antiseptic. “It’s basically rat poison,” the doctor said. “You’re going to see that on the internet, so I might as well tell you now.”)

The book’s exploration of female anatomy begins from the outside in, first traversing the clitoris’s nerve-filled external nub to the vagina, ovaries and uterus. The last chapter focuses on gender affirmation surgery, detailing how physicians have transformed the field for transgender people. (Gross is up-front that words such as women and men create an artificial binary, with seemingly more objective terms like “male” and “female” not performing much better in encompassing humankind’s diversity, including intersex and transgender people.)

Throughout this tour, Gross doesn’t shy away from confronting the sexism and prejudices behind controversial ideas about female biology, such as vaginal orgasms (versus coming from the clitoris) and the existence of the G-spot. Both “near-mystical” concepts stem from the male perspective that sexual pleasure should be straightforward for women, if only men could hit the right spot. Nor are the more appalling offenses swept under the rug, including racism, eugenics and female genital cutting. Footnotes throughout the book detail Gross’ efforts to navigate controversial views and stigmatizing or culturally charged terminology.

To lift readers’ spirits, she finds the right spots to deliver a dose of wry humor or a pun. She also shares stories of often forgotten researchers, such as lab technician Miriam Menkin, who showed in 1944 that in vitro fertilization is possible. Yet Menkin’s role in describing the first instance of a human egg being fertilized in a lab dish has largely been erased from IVF’s history . There’s also plenty of opportunity to marvel at the power of the female body. Despite the long-held notion that a person is born with all the eggs they’ll ever have, for example, researchers are now discovering the ovary’s regenerative properties.

Studying female bodies more closely could ultimately improve quality of life. Chasing cells capable of producing more eggs might bring about discoveries that could restore the menstrual cycle in cancer patients rendered infertile by chemotherapy or make menopause less miserable. Patients with endometriosis, a painful disorder in which uterine tissue grows outside the uterus, are often dismissed and their symptoms downplayed. Some doctors even recommend getting pregnant to avoid the pain. But people shouldn’t have to suffer just because they aren’t pregnant. Researchers just haven’t asked the right questions yet about the uterus or endometriosis, Gross argues.

Vagina Obscura reinforces that female bodies are more than “walking wombs” or “baby machines.” Understanding these organs and tissues is important for keeping the people who have them healthy. It will take a lot of vagina studies to overcome centuries of neglect, Gross writes. But the book provides a glimpse into what is possible when researchers (finally) pay attention.