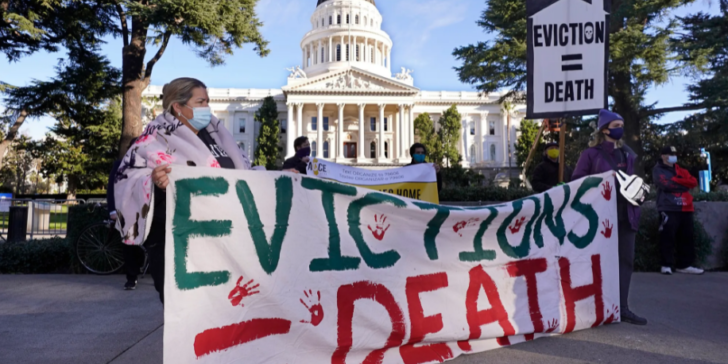 The legislation comes as California’s COVID-19 rent relief program, known as “Housing is Key,” is set to close its applications for rent relief on March 31. The deadline has led many advocates to call for an extension of tenant protections as thousands are still awaiting relief funds.

Under the current law, tenants living in cities without local eviction protections could face eviction on April 1 even if they had applied for rental assistance, CalMatters reported.

Thus far, the state has paid out over $2.4 billion to more than 214,200 households, according to the COVID-19 rent relief dashboard. However, that means less than half of 489,800 applicants have received payment.

“We need to protect eligible renters who have applied for relief funds, but haven’t received them yet, or who will apply before the March 31 deadline,” Senate President pro Tempore Toni Atkins, D-San Diego, and Assembly Speaker Anthony Rendon, D-Lakewood, said in a joint statement on the legislation. “We made a commitment to those who are in line and they shouldn’t be harmed because of how long the process is taking. That’s why AB 2179 will receive quick action in both the Assembly and Senate.”

If passed, Assembly Bill 2179 would protect tenants from eviction through June 30. The bill is expected to be heard in the Assembly on Monday, according to a news release from the Senate pro Tempore’s office.