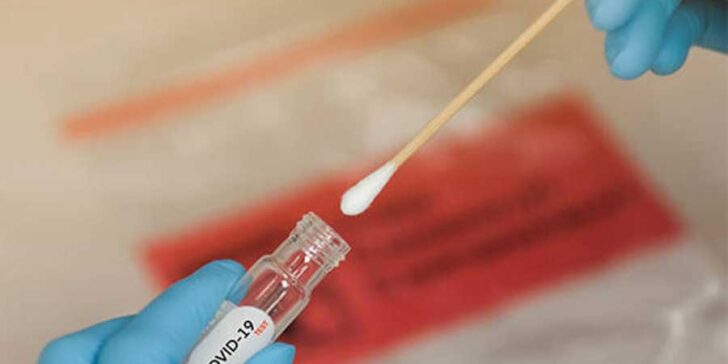 A Florida man has pleaded guilty in the Southern District of Florida to a $6.9 million conspiracy to defraud Medicare. The scheme involved paying kickbacks and bribes to obtain doctors’ orders for medically unnecessary lab tests that were billed to Medicare, including genetic testing, tests for rare respiratory pathogens, and COVID-19 tests, the U.S. Department of Justice reports.

All told, his laboratory submitted over $6.9 million in false and fraudulent claims to Medicare for medically unnecessary tests, the DOJ reports.

Licata pleaded guilty to one count of conspiring to commit health care fraud. He’s scheduled to be sentenced March 24 and faces up to 10 years in prison.

The FBI’s Miami Field Office and the U.S. Health and Human Services Department-Office of the Inspector General continue to investigate the case.

His guilty plea is another in a long list of those who’ve committed health-care fraud uncovered by the DOJ. Trillions in COVID-19 federal relief money only exacerbated an already widespread problem that’s been going on for decades.

A newly created COVID-19 Fraud Enforcement Task Force within the DOJ has expanded upon the work of a national Health Care Fraud Strike Force launched in March 2007. From 2007 to 2021, task force operatives caught more than 4,600 defendants who collectively fraudulently billed federal health care programs and private insurers for approximately $23 billion.

Last year, more than $100 billion worth of federal pandemic relief money was used for fraudulent purposes, according to reports published by the Office of the Inspector General.

The massive amount of spending authorized through the Coronavirus Aid, Relief and Economic Security (CARES) Act attracted an even greater number of fraudsters and organized criminal networks seeking to perpetrate fraud against the federal government, the OIG found.

Florida has seen its fair share of bad actors committing a range of COVID-19-related fraud, her office has reported. From March 2020 to January 2021, her office issued more than 30 consumer alerts related to COVID-19 emergency scams and tips to avoid them.

“As we have seen throughout the pandemic, bad actors are looking for ways to exploit the crisis to steal money, government benefits and people’s identities,” Moody’s said.

But health-care fraud was a massive problem even before the coronavirus hit.

In 2018, the DOJ and HHS announced the largest federal health care fraud sting in U.S. history, charging more than 600 people with committing more than $2 billion in fraud and taxpayer theft.

“Health care fraud is a betrayal of vulnerable patients, and often it is theft from the taxpayer,” former Attorney General Jeff Sessions said at the time. “In many cases, doctors, nurses, and pharmacists take advantage of people suffering from drug addiction in order to line their pockets. These are despicable crimes.”

The 601 defendants, including 165 doctors, nurses, pharmacists, and medical professionals in 29 states and the District of Columbia, were accused of financially profiting from more than $2 billion in false health care billings.

In addition to criminal charges, HHS announced that 2,700 individuals were excluded from government health care programs since July 2017.

The DOJ encourages anyone with information about allegations of attempted health-care fraud, especially COVID-19-related fraud, to call its hotline at 866-720-5721 or file a complaint online.