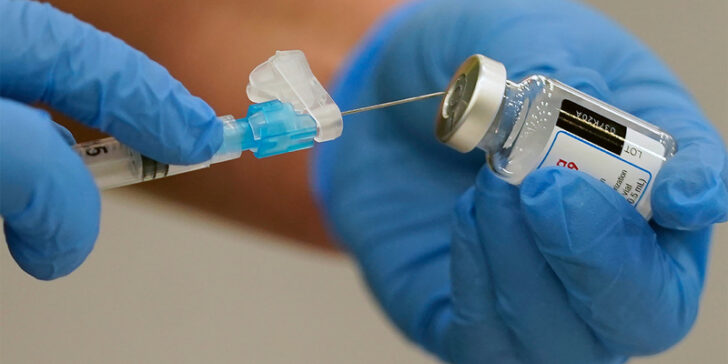 A lawsuit over the federal employee COVID-19 vaccine mandate is far from over, Liberty Counsel founder and chairman Mat Staver said after a Fifth Circuit Court of Appeals panel vacated a U.S. District judge’s ruling in Texas.

The ruling came after Texas lawmakers filed a brief in support of the plaintiffs.

On April 7, the Fifth Circuit judges in a 2-1 decision instructed the lower court to dismiss Feds for Medical Freedom v Biden for lack of jurisdiction.

But the fight over President Joe Biden’s vaccine mandate for federal workers isn’t over, Staver said.

“Now Feds for Medical Freedom can ask the full Court of Appeals to review the matter and also request the Supreme Court to intervene,” he said. “The case is far from over.”

The decision of two appellate judges “by no means ends the case for federal employees,” Staver said. “The case has a long way to go.”

Orlando-based Liberty Counsel sued the president and his administration over emergency use authorization vaccine mandates over the past year.

Staver said the New Orleans-based Court of Appeals panel judges “dodged the legal issues of the federal employee mandate” as it relates to the Religious Freedom Restoration Act (RFRA). Liberty Counsel’s case involving federal employees, Federal Civilian Contractor Employer v. Carnahan, addresses RFRA, for example. As does another lawsuit it filed against the administration on behalf of Navy SEALs, federal contractors and others.

“RFRA provides a powerful remedy and protection for federal employees who object to the COVID shots based on their religious beliefs,” Staver said.

In January, U.S. District Court Judge Jeffrey Vincent Brown in the Southern District of Texas-Galveston Division granted a preliminary injunction in favor of the plaintiffs. In his ruling, Brown said the mandate would pose a substantial threat of irreparable harm over the “liberty interests of employees who must choose between violating a mandate of doubtful validity or consenting to an unwanted medical procedure that cannot be undone.”

But the Fifth Circuit judges ruled Brown didn’t have jurisdiction and that the plaintiffs failed to exhaust administrative remedies because they didn’t object to the mandate through an administrative process outlined in the Civil Service Reform Act of 1978.

Feds for Medical Freedom argues Biden “is not the CEO of a private company. His powers, like those of the entire federal government, are limited and enumerated. He has not been empowered to mandate permanent and irreversible medical procedures for every civilian employee.”

Congress only authorized the president in CSRA to issue rules related to employees’ “conduct” in “the executive branch,” it notes. Requiring a permanent and irreversible medical procedure doesn’t regulate conduct, the group argues.

Forty-five members of Congress filed an amicus brief with the Fifth Circuit expressing support for Feds for Medical Freedom. Led by U.S. Sen. Ted Cruz and Rep. Chip Roy of Texas, they argue Biden’s claim “to unilaterally compel a broad swath of American workers to undergo a medical procedure” is illegal.

“No federal statute confers this claimed authority on the President. To the contrary, Congress has denied it,” they argued.

“The American people have had enough of Biden’s unconstitutional mandates that trample on our rights,” Cruz said in a joint news release with Roy.

Roy said Biden’s COVID-19 vaccine mandates “are tyrannical, unconstitutional and have no place in America. They are nothing but a failing political push from a failed President in brazen defiance of science, fact, and our natural rights. Meanwhile, the American people are rightfully fed up with this; while the courts continue to work through this legal challenge, Congress should vote against any funding for these mandates.”

In December, Cruz also led a Republican Congressional coalition that filed an amicus brief in support of Navy SEALs in their lawsuit against Defense Secretary Lloyd Austin. They argued the mandate doesn’t “come close to satisfying the strictest scrutiny Congress demands in RFRA.” The Supreme Court granted a partial stay in the case, focusing solely on deployment.