Please ensure Javascript is enabled for purposes of website accessibility California gas rebate proposal is $400 to all taxpayers, vehicle or not - San Francisco Pulse Skip to content 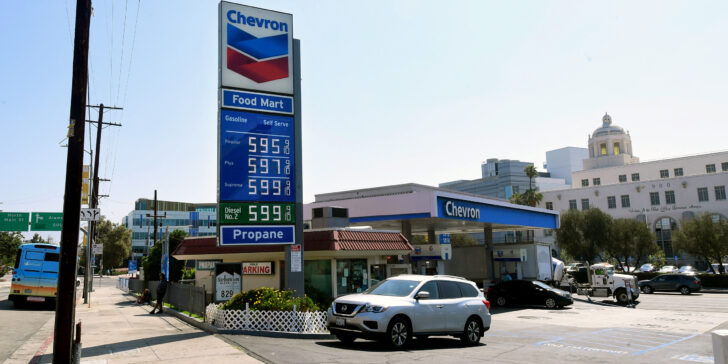 A gas rebate proposal that would send $400 to every California taxpayer is officially in print and assigned to a committee, getting residents one step closer to a rebate amid high gas prices in the Golden State.

Petrie-Norris announced this proposal last month, but the bill wasn’t officially unveiled in print until last week. Now that the bill is officially filed, it’s been referred to the Assembly Committee on Revenue and Taxation.

During a news conference in March, lawmakers said that this proposal would not only help to bring relief as taxpayers are facing high prices at the pump, but it would also help to address the rising cost of goods and living expenses. Legislators explained that the $400 rebate is enough to cover the 51-cent per gallon gas tax for an entire year for most drivers.

“We know too many Californians are struggling to make ends meet right now,” Petrie-Norris said during last month’s news conference. “We are here to offer help, we are here to deliver solutions.”

Russia’s invasion of Ukraine sent gas prices skyrocketing across the country, causing prices to soar even higher in the Golden State. California’s average price for a gallon of gas reached $5.90 at the end of March but has since declined to $5.76 per gallon on average as of Monday, according to AAA.

Petrie-Norris’ proposal is one of several measures unveiled to address high gas prices in recent weeks.

At the end of March, Gov. Gavin Newsom announced a proposal to send $400 payments to registered vehicle owners in California. Individuals could be eligible for up to two cars, meaning they could receive up to $800 in rebate payments.

The governor’s proposal would also offer three months of free public transit, covering an estimated 3 million Californians who use buses, subways or the light rail every day.

Meanwhile, legislative leaders in the Senate and Assembly are crafting a proposal that would make taxpayers and dependents making under $125,000 in taxable income for single filers or $250,000 for joint filers eligible for a $200 rebate. The rebate would increase with the number of dependents, meaning a family of five could receive $1,000.

That proposal has not been officially introduced in print yet.

Republican lawmakers were also aiming to push through a proposal by Assemblyman Kevin Kiley, R-Rocklin, that sought to suspend the state’s 51-cent gas tax for six months. The bill received a committee hearing last month, but Democratic lawmakers decided to gut and amend the bill to use it as a vessel to impose a new vehicle fuel windfall profits tax on refineries.

As of last Thursday, the bill had been “stricken from file.” According to the bill’s history, Assembly Republican Leader James Gallagher “withheld unanimous consent on the adoption of committee amendments.”

This article was originally posted on California gas rebate proposal is $400 to all taxpayers, vehicle or not