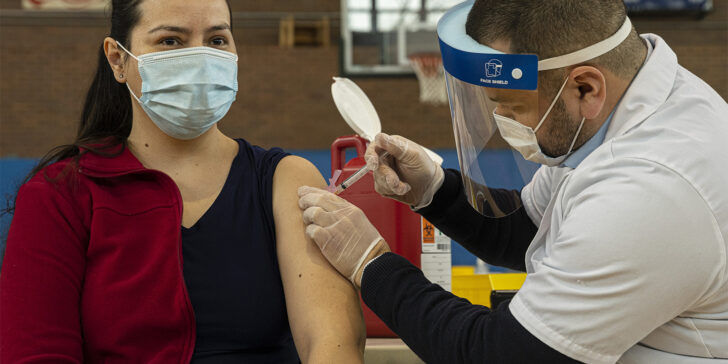 A bill that would allow California youth ages 12 and older to receive vaccines without parental consent was advanced by state lawmakers.

Senate Bill 866 by Sen. Scott Wiener, D-San Francisco, would allow California teens to receive any vaccine that is approved by the Food and Drug Administration and meet recommendations of the Advisory Committee on Immunization Practices without the consent of a parent or guardian. The bill was advanced by lawmakers in the Senate Judiciary Committee Thursday.

Under existing law, minors ages 12-17 cannot be vaccinated without parental consent unless the vaccine is to prevent a sexually transmitted disease. Supporters of Wiener’s bill say changes to existing law are needed to reduce vaccine barriers for teens across California.

Wiener told lawmakers Thursday that this bill “is not only about the COVID vaccine,” but would apply to a range of immunizations. He noted that the legislation would not only account for situations where parents do not want their child to get vaccinated but would also address situations where parents do not prioritize or have time to get their children vaccinated.

“Empowering young people with the autonomy to receive life saving vaccines, regardless of their parents’ beliefs or work schedules, is essential to keeping students in school and for their physical and mental health,” Wiener told lawmakers on Thursday.

Wiener’s legislation was one of several bills introduced and supported by members of the legislative Vaccine Work Group, which focused on drafting policies to slow the spread of COVID-19 and address misinformation. Two other bills related to COVID-19 vaccines by Senator Richard Pan and Assemblymember Buffy Wicks were put on hold in recent weeks.

Wiener’s bill was met with over an hour of opposition testimony from dozens of public commenters and witnesses on Thursday, many of whom voiced concern about the bill encroaching on “parental rights.”

Sabrina Sandoval, a practicing school psychologist, testified in opposition and told lawmakers that SB 866 could open up a child to “medical coercion” through incentive programs and food rewards that could impact decision making.

“SB 866 puts the responsibility on minors of age 12 years or older to make potentially life-altering medical decisions without parental consent, while at the same time opening them up to possible coercion, bullying and peer pressure,” Sandoval said.

Supporters of Wiener’s legislation, however, argued that the bill is key to ensuring minors have the ability to protect themselves from disease “regardless of personal barriers that are presented.”

“Vaccines are an incredibly important public health tool to protect the health and well being of our youth and ensure schools across the state can safely navigate the ongoing battle with COVID-19 or any other life threatening disease that we may be faced with in the future,” George Soares, a legislative advocate with the California Medical Association, said in support Thursday.

“Minors aged 12 and older have the capacity to make this decision,” he later added.

A few lawmakers on the committee brought up a law out of Washington, D.C. that would allow children 11 and older to get vaccinated without parental consent. That law was struck down by a federal judge in March.

Several lawmakers questioned if that ruling would impact Wiener’s bill. An analysis of SB 866 concluded that there do not appear to be any “clear constitutional or precedent barriers for the bill.”