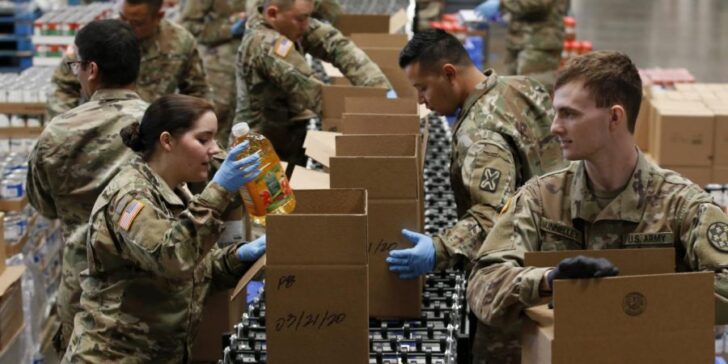 As the war in Ukraine continues, California aims to provide support and relief by deploying field medical stations and protective gear.

Since March, the state has shipped five 50-bed field medical stations, over 4,300 ballistic vests and more than 1,500 helmets, according to the Governor’s office.

“California has stood firm in our support for Ukraine since day one of Russia’s unprovoked invasion,” Newsom said in a statement. “Our support will save lives and help the people of Ukraine as they experience unspeakable atrocities, and we will continue to support Ukraine’s brave fight against tyranny and oppression.”

“California’s National Guard has formed an unbreakable bond with our Ukrainian counterparts and when the call was made to provide support and aid in a time of need, we responded with overwhelming support,” Major General David S. Baldwin, adjutant general of the California National Guard, said in a statement.

The state is planning to send two additional field medical stations by partnering with Direct Relief in Santa Barbara, which will bring the total to seven medical field stations with 350 beds, according to the Governor’s office.

The donations mark California’s latest effort to support Ukraine since Russia invaded the nation at the end of February. In March, Newsom signed an executive order that directed state agencies to ensure all contracts comply with all economic sanctions imposed on Russia. The order directed agencies to terminate any contracts held with entities that are subject to economic sanctions imposed by the United States.

This article was originally posted on California provides relief in Ukraine