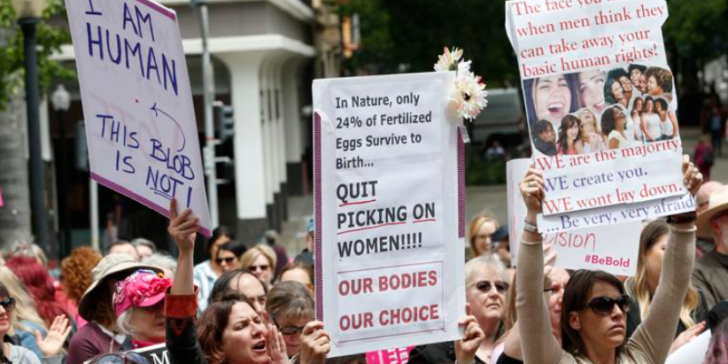 Lawmakers in California are proposing an amendment to the state’s constitution to maintain abortion protections after a leaked draft of a U.S. Supreme Court majority opinion suggests the court could move to overturn Roe v. Wade.

The constitutional amendment would put the right to an abortion explicitly in the California Constitution and clarify that it is a fundamental right, Senate President pro Tempore Toni Atkins, D-San Diego, said during a news conference on Tuesday. Atkins said she would be working with lawmakers to get this amendment on the ballot in November.

“California will continue to be a beacon of hope for women and families who need access for reproductive care and abortion here in our own state and across the country,” Atkins said Tuesday.

The proposed amendment comes after a Politico report released Monday night suggests the Supreme Court will move to overturn Roe v. Wade in the coming weeks, according to a leaked draft majority opinion.

The draft opinion, written by Justice Samuel Alito, says Roe v. Wade was “egregiously wrong from the start” and should be overturned. The opinion also states that the U.S. Constitution “makes no reference to abortion, and no such right is implicitly protected by any constitutional provision.”

Chief Supreme Court Justice John Roberts confirmed Tuesday that the draft opinion was authentic and the leak would be investigated.

While the high court could change its opinion in the coming weeks before it is officially released this summer, if Roe v. Wade is overturned, it’s estimated that 26 states are “certain or likely” to ban abortion, according to the Guttmacher Institute.

California is one of more than a dozen states that pays for abortions with state funds via Medi-Cal, which had 14.4 million enrollees as of February.

Experts say that would lead to thousands of pregnant patients seeking abortion access in other states. California would see a nearly 3,000% increase in the number of people whose closest abortion provider would be in the Golden State – an increase of 46,000 to 1.4 million people, the Guttmacher Institute estimates.

Gov. Gavin Newsom initially announced the proposed amendment to the California Constitution and alongside Atkins and Assembly Speaker Anthony Rendon, D-Lakewood, late Monday night. Newsom and the lawmakers said the amendment would “enshrine the right to choose in our state constitution so that there is no doubt as to the right to abortion in this state.”

To amend the California Constitution, two-thirds of lawmakers in the state Assembly and Senate would need to pass it, and voters would need to approve it. A recent survey from the Public Policy Institute of California showed that 76% of likely California voters do not want to see Roe v. Wade overturned.

Still, some lawmakers were critical of policy changes on Tuesday.

“The leaked opinion would change literally nothing in California,” Assemblyman Kevin Kiley, R-Rocklin, tweeted Tuesday. “Yet politicians are already using it to push radical policies that go far beyond what Californians of either party support.”

Lawmakers in California have been preparing for a potential overturn of Roe v. Wade over the last several months, drafting a legislative package of 13 bills to preserve abortion protections and access in California.

Sen. Nancy Skinner, who is vice-chair of the Legislative Women’s Caucus, said Tuesday that the leaked Supreme Court decision is “no surprise,” adding that it “may focus on abortion, but it’s about denying the will of the people.”