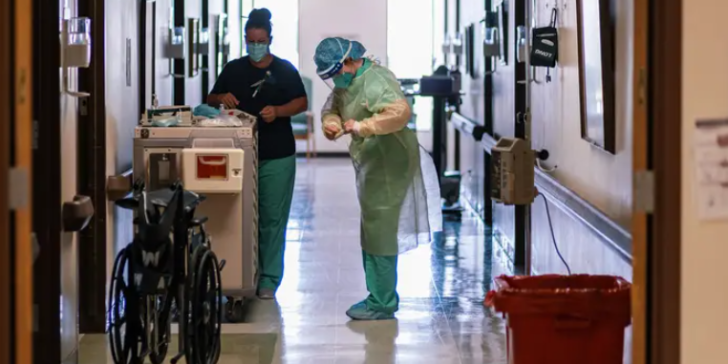 A federal health care program that Texas uses to help pay for health care for uninsured Texans — worth billions of dollars annually — is safe for another decade after the federal government said Friday that it would stop fighting the Trump-era agreement to extend the program beyond its expiration date later this year.

“It is not the best use of the federal government’s limited resources to continue to litigate this matter,” reads a letter sent Friday to state health officials from the U.S. Centers for Medicare and Medicaid Services. “This should resolve the issue without the need for further litigation and will create no disruption to the people who rely on Texas’ Medicaid program.”

The announcement concludes a yearlong legal battle over the so-called 1115 waiver, specifically how long it should stay in effect and how parts of it should be funded.

U.S. Sen. John Cornyn said that while he was glad the Biden administration dropped its efforts to block the waiver’s extension, he blamed it for a “boneheaded move” that did nothing but hurt Texans.

“Medicaid funding is vital for Texas’ most vulnerable, and the Biden Administration’s original decision put their care in jeopardy,” Cornyn said in a prepared statement. “This move would have been damaging during normal times, but following two unprecedented years for health care providers and patients it was downright ruthless.”

Texas Gov. Greg Abbott also criticized the federal government’s opposition to the waiver extension but welcomed the Friday decision to let it continue until 2030.

“The original rescission by the Biden administration last April obstructed healthcare access for vulnerable Texans and took away crucial resources for rural hospitals in Texas, and I am grateful that Texans will now continue to have access to the health care resources they need.”

Texas hospital officials expressed relief that the future of the waiver was no longer in question but continued to push for other programs to help pay for the care of Texas’ uninsured population — the largest in the nation.

“While funding, staffing and COVID-19 continue to challenge hospitals, we look forward to having a solid foundation to work from and rebuild,” said John Hawkins, president and CEO of the Texas Hospital Association. “The long-term health of our safety net must remain strong, and we will continue to underscore the need for coverage expansion, rates that more closely match the cost of care, and a stable uncompensated care pool.”

The waiver was initially set to expire this October, but in the waning days of his administration in 2021, President Donald Trump granted a 10-year extension — a move some healthcare advocates said was a way to provide political cover for Republicans who have refused to expand its Medicaid program to include more working poor adults.

Shortly after, under the Biden administration, which has been pressuring Texas and 11 other states to expand Medicaid coverage to more people, CMS rescinded the agreement in April 2021.

Texas Attorney General Ken Paxton sued to reinstate it last May, saying moves to shut it down were nothing but a political ploy by President Joe Biden to pressure the state into expanding Medicaid in order to continue helping hospitals care for the uninsured.

A majority of Texans support expanding Medicaid to include millions more mostly working poor people, according to recent surveys.

Paxton won a temporary victory from a federal judge in August, who ordered that the extension stay in place while the feds and the state negotiated over the details of the waiver.

The Friday decision means that the CMS action last April is rescinded and that the waiver extension stays in place without further litigation.

The agreement was meant to be temporary while Texas transitioned to an expanded Medicaid program under the Affordable Care Act of 2010, but that never happened because the U.S. Supreme Court ruled in 2012 that states couldn’t be forced to expand Medicaid. The agreement is up for review every few years.

Since then, the state has relied on the waiver for various programs to care for Texas’ uninsured, with Republican state leaders frequently leaning on it in their arguments against Medicaid expansion.

Texas has the nation’s highest number of uninsured residents, estimated at 5 million, and also has the country’s biggest share of residents — at least 18% — who are not covered.

When uninsured people show up in emergency rooms, the hospitals care for them and then are reimbursed in part by the 1115 Medicaid waiver, which has brought some $30 billion to Texas in the past decade for uncompensated care, mental health programs and similar services.

This article was originally posted on Biden administration drops fight over Texas’ Medicaid waiver, now in place until 2030