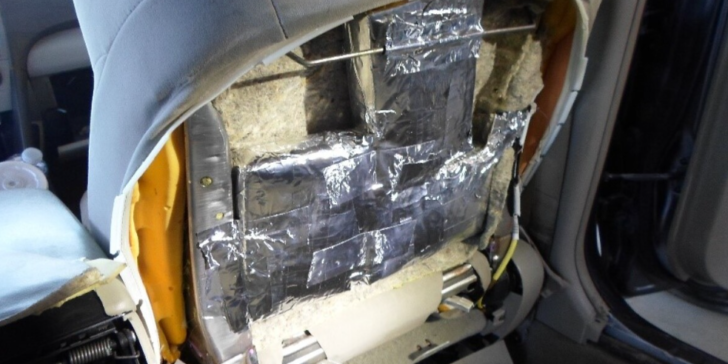 Four U.S. Citizens were arrested by border patrol agents in California last weekend for attempting to smuggle drugs into the country, U.S. Customs and Border Patrol announced this week.

On Saturday, border patrol agents located in the Imperial Valley found a 29-year-old male possessing 64 pounds of methamphetamine, which they estimated to be worth more than $244,000. The drugs were found during an inspection at the Highway 86 immigration checkpoint, according to a news release.

“The man, vehicle and narcotics were turned over to the Drug Enforcement Administration,” according to a news release.

A separate incident occurred Sunday afternoon, where agents found three passengers in possession of “12.2 pounds of cocaine and 13.5 pounds of fentanyl pills with a combined estimated street value of $418,810.” Border patrol agents found the drugs while conducting “anti-smuggling operations” during a vehicle stop on Interstate 10 and Golf Center Parkway.

The individuals, as well as their vehicle and the narcotics, were turned over to local law enforcement personnel, according to a news release.

During fiscal year 2021, CBP officers, border patrol personnel and Air and Marine Operations agents seized 624,500 pounds of drugs, according to data released in January from CBP. The agency reported that cocaine seizures increased 68% over the previous fiscal year, and fentanyl seizures increased 134%.

This article was originally posted on Border Patrol busts four in California, one with 64 pounds of meth