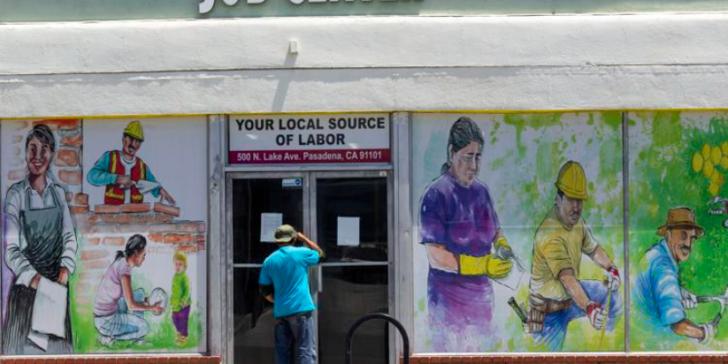 California lawmakers advanced a measure that week to pay down a portion of the debt the state’s unemployment fund owes to the federal government, a measure supporters say will bring stability and lighten the burden on small businesses.

During the COVID-19 pandemic, California borrowed nearly $20 billion from the federal government for its Unemployment Insurance Trust Fund, which went insolvent in the summer of 2020 as claims flooded in.

The state now owes more than $19.8 billion back to the federal government. In the past, states that have owed the money and cannot repay it have issued bonds to pay over time while incurring additional interest.

To address this debt, lawmakers advanced a measure Wednesday that would use a $7.25 billion portion of the state’s budget surplus to pay down a part of the federal UI loan. The state has a projected surplus of $45.7 billion, of which $20.6 billion in the General Fund could be spent on “discretionary purposes.”

Another bill heard in the Assembly Committee on Insurance Wednesday proposed using the state’s surplus to pay down $19.3 billion of the state’s outstanding loan – nearly all of what is owed. Lawmakers, however, failed to pass that bill.

Assemblymember Tom Daly, D-Anaheim, whose bill was passed by the committee Wednesday, told lawmakers that starting next year, every employer in California will pay $21 more per employee to help pay down the debt. After that, the number will double, with employers paying $42 per employee until the debt is paid. California employers already pay up to nearly $500 per employee every year to both state and federal insurance funds, according to the Sacramento Bee.

“The investment will significantly decrease the total interest owed on this debt, easing the burden on businesses and supporting the state’s fiscal stability,” Daly told the committee on Wednesday.

“Businesses pay the principal on this debt, the state pays the interest on the debt,” he later added. “So with this year’s budget surplus, I think it’s a prudent investment to use some of the surplus to pay down that debt.”

The bill is supported by the California Chamber of Commerce, which said next year’s increase in the unemployment insurance tax “will hit some of the hardest-hit sectors” that suffered during COVID-19. Robert Moutrie, a policy advocate with CalChamber, also told the committee that putting money toward paying down the debt could help address the state appropriations limit, better known as the Gann Limit.

The bill is currently opposed by the California Labor Federation, who testified Wednesday that a “bailout of this size should definitely come with a fundamental restructuring of the system to prevent this sort of debt from being generated in the future.”

“The fundamental problem here is the insolvency of our system,” said Mitch Steiger, senior legislative advocate for the California Labor Federation. “And if it’s not COVID, it’s a recession, it’s any number of other things waiting in the wings that could cause us to generate another massive debt to the federal government that would then need a massive interest payment from the state.”

The bill was advanced in committee on Wednesday and will next be considered by the Assembly Appropriations Committee.

Within his budget proposal, Gov. Gavin Newsom has included an allocation of $3 billion over the next two years to reduce the debt owed to the federal government.