Please ensure Javascript is enabled for purposes of website accessibility California Population Falls Again – The Start Of A Long-Term Trend Or A Short-term Blip? - San Francisco Pulse Skip to content 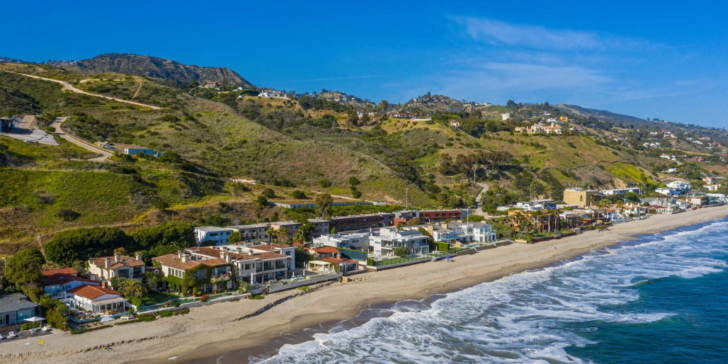 California lost population for the second straight year in 2021. Just as 2020’s loss was the first in state history, the repeat is unprecedented. This is not supposed to happen in America’s most dynamic state. Is California’s time at the top over?

Officials are blaming losses on declines in international immigration. While true – before the pandemic, the state averaged about 140,000 new residents from other countries, but only 43,300 arrived in 2021 – it ignores the fact that Californians have been choosing to live in other states for some time. Our research shows this has been happening since at least 2010. The losses have been rising each year, totaling more than 200,000 in 2019.

The biggest population losses have been from the bluest zones. ​​Between July 1, 2020, and July 1 of last year, Los Angeles County lost 179,757 residents, “the greatest net domestic migration loss” in the country, says the Census Bureau. The combined metropolis of Los Angeles-Long Beach-Anaheim lost 204,776 people.

The San Francisco-Oakland-Berkeley metro area lost 128,870 people from 2020 to 2021 and had one of the largest declines in terms of a portion of its population at -2.5% over that period.

Why would anyone leave California? Its mild climate and endless economic opportunity has lured people from other parts of the country since before California was even a state. The answer is the same reason people used to migrate to California: for the better lives and opportunity available elsewhere.

Obviously, millions of people are still content to pay the “California premium.” California is still the home of Silicon Valley, a major financial center (San Francisco), Hollywood, and top-rated university systems. California’s personal income growth is also relatively strong compared to other states, about 14% higher than the national median. But this premium is more meager than it might seem. It’s washed away by the high cost of living.

Next, we figured in housing, which is artificially high due to public policy. Annual mortgage costs are 95% higher in this state. Even leasing a home is painfully high – only in Florida are renters more “cost-burdened” than in California.

Consequently, the “California Premium” is actually a net loss of nearly 20%.

But this is only part of the story. The “California Premium” is further damaged by extreme costs for energy, groceries, gasoline, and health care, none of which we added to our calculations. Then there is the precipitous decline in people’s quality of life.

California has some of the worst traffic in the country. Two cities, Los Angeles and San Francisco, are among the top 10 cities with the longest commute times. Rising crime rates are making Californians feel less safe and driving away businesses, large and small.

Then there is the homelessness problem afflicting California that has reached crisis levels. The state continually throws billions of dollars annually at the problem, relying on an expensive yet ineffective “Housing First” approach.

When the cumulative reality of all these problems set in, living in California for many has become simply unsustainable.

As the losses continue, and there’s little reason to think they won’t, it should become increasingly difficult for Gov. Gavin Newsom – the man who promised to end chronic homelessness as San Francisco mayor, and last fall made a show of being tough on crime by declaring “the level of organized retail theft we are seeing” to be “simply unacceptable” – to explain why he’s been fiddling while a raging fire burns a hole through his state’s population. It’s not too much to ask him to show a little leadership that actually produces results.

California is the greatest state in the nation but needs fundamental reform to maintain its enviable position. If they ever want to brag about California again without much of the rest of the country laughing behind their backs, policymakers need to face the grim facts sooner rather than later.

This article was originally posted on California Population Falls Again – The Start Of A Long-Term Trend Or A Short-term Blip?