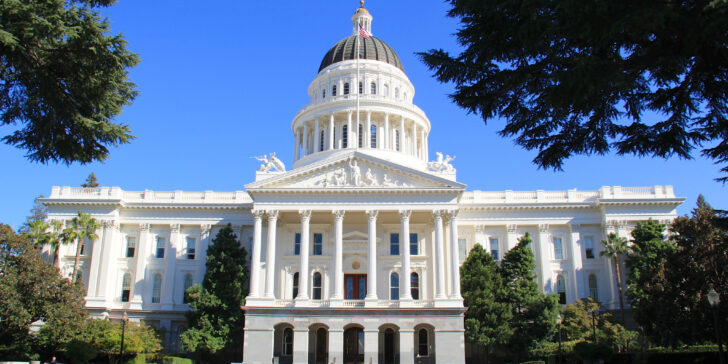 Californians who applied to the state’s COVID-19 rent relief program will have eviction protections through the end of June under a new law signed Thursday.

Lt. Governor Eleni Kounalakis signed Assembly Bill 2179 on Thursday, which extends eviction protections for renters who apply for the state’s rent relief program by Thursday’s midnight deadline. Kounalakis is serving as acting governor while Gov. Gavin Newsom is out of the country with his family on vacation. In doing so, she made history as the first woman in California to sign a bill into law.

“California’s nation-leading rent relief program has provided much needed relief for more than 220,000 households across the state. Today’s action will provide additional time to thousands more who are in the process of acquiring emergency relief,” Kounalakis said in a statement.

Lawmakers fast-tracked AB 2179 to the governor’s desk this week amid Thursday’s looming deadline for tenants to apply for the state’s COVID-19 rent relief program. Under the program, eligible tenants and landlords impacted by COVID-19 could receive financial assistance for unpaid rent.

Thus far, the state has received over 506,700 applications to the program, though fewer than half of those households have been served, according to the state’s dashboard. Advocates and lawmakers alike feared that, without extending eviction protection for tenants who applied for aid but were still awaiting payments, thousands of renters could face eviction starting Friday.

The bill also doesn’t extend the deadline to apply for rent relief – Thursday night is the cutoff.

The bill received bipartisan support in the Senate on Thursday after passing the Assembly in a 60-0 vote on Monday. Lawmakers in support say the measure will offer critical protection for tenants who have applied for the program but are still waiting for relief payments.

“We are not going to allow for Californians to suffer – to lose their homes or their income – because of application processing times,” the bill’s co-author Assemblyman Tim Grayson tweeted shortly after the Senate passed the bill Thursday.

Sen. Scott Wiener, D-San Francisco, cast the sole “no” vote against the measure during Thursday’s Senate floor session, telling lawmakers that he could not support the bill because it limits eviction protections to only those who apply for the state’s rent assistance program and overrides local protections in some cities across the state.

“A lot of people continue to struggle from the pandemic – we’re doing better health wise, but the economic damage that COVID has inflicted on many particularly low income families continues; that is not over,” Wiener said. “We should not be stopping cities from stepping in to protect renters who have been harmed by COVID.”

Tom Bannon, CEO of the California Apartment Association, a statewide trade group with 13,000 members, said in a statement Thursday that “today’s extension must be the last.” He said the CAA is hopeful that program administrators can deliver relief to the remaining households so that come June 30, “there will be no need for any more COVID eviction moratoria, state or local.”

“The days of unethical tenants fraudulently withholding rent and using the pandemic as a shield against eviction are coming to a close,” Bannon said.