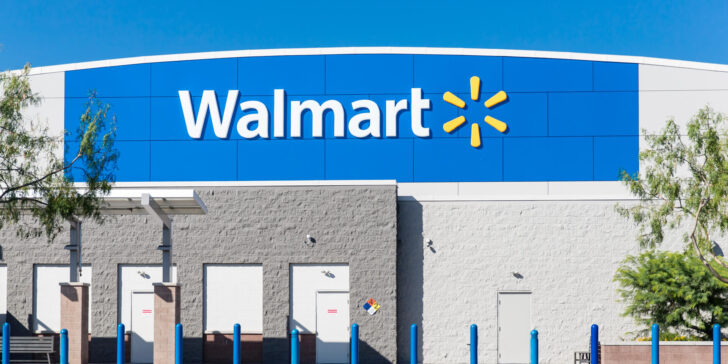 According to the attorney general, the California Department of Justice estimates that the retailer illegally disposes of more than one million hazardous waste items in California each year.

“When one person throws out a battery or half-empty hairspray bottle, we may think that it’s no big deal. But when we’re talking about tens of thousands of batteries, cleaning supplies, and other hazardous waste, the impact to our environment and our communities can be huge,” Bonta said in a statement Monday. “This lawsuit should serve as a warning to the state’s worst offenders. We will hold you accountable.”

The lawsuit also alleges that Walmart, which has about 280 stores in California, illegally disposed of “confidential customer information” in landfills.

The lawsuit is the second in just over a decade that the retail giant faces over alleged illegal dumping of hazardous waste in California. In 2010, Walmart reached a $25 million settlement with the state’s attorney general over such accusations.

In the decade since the settlement, Bonta said the company has continued to “conduct operations in California in violation of state laws,” allegedly evidenced by findings during inspections starting in 2015.

Between 2015 and 2021, 58 inspections across 13 counties found dozens of hazardous waste articles, medical waste and confidential consumer records disposed of illegally, according to Bonta.

This led the attorney general and a dozen other district attorneys to allege the company violated the Hazardous Waste Control Law, the Medical Waste Management Act, the Customer Personal Information Law, and the Unfair Competition Law in Monday’s lawsuit.

“Californians expect and deserve that our laws will be enforced consistently and against all who violate them, including big business,” Fresno County District Attorney Lisa Smittcamp said in a statement Monday. “This cooperative enforcement action represents a critical first step in putting offenders on notice and holding them accountable for violations of our environmental protection laws.”

Shortly after Monday’s announcement, Walmart executives called the lawsuit “unjustified” in a statement, claiming that California is “demanding a level of compliance regarding waste disposal from our stores of common house-hold products and other items that goes beyond what is required by law.”

“Walmart is a responsible corporate citizen in California and everywhere we operate,” the retailer said in a statement. “We take our obligation to protect the environment seriously and have industry leading processes in place to comply with local, state and federal environmental laws.”

In its statement, the retail giant noted that since 2010, California regulators conducted more than 3,800 environmental inspections and did not impose any fines for violations of the state’s Hazardous Waste Control Law. In addition, Walmart claims that audits of its trash compactor overseen by the attorney general only contain “at most 0.4% of items of potential concern.”

Walmart said it intends to defend the company in this lawsuit.