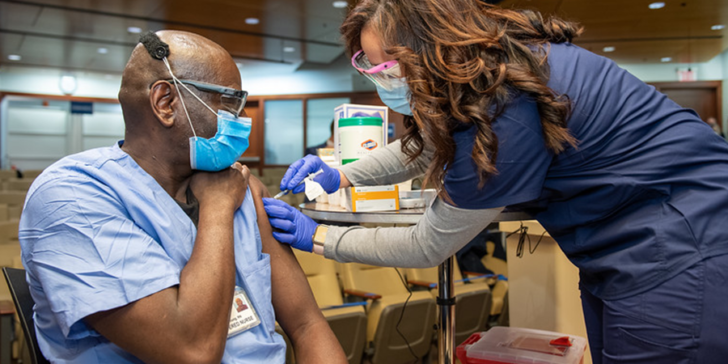 One of Wisconsin’s government reformers wants to flood the Biden Administration with stories of what the president’s vaccine mandate will mean for businesses across the state.

The Institute for Reforming Government on Thursday sent an email to businesses throughout Wisconsin, asking for a report on what the vaccine mandate for businesses will cost. The mandate states that every business with more than 100 employees must require those workers to get fully vaccinated.

“According to OSHA’s own estimates, the vaccine mandate – officially known as an emergency temporary standard – will cost national employers nearly $3 billion to comply. But as concerned business owners across Wisconsin have shared with IRG, this number vastly underestimates the mandate’s true impact on the economy,” IRG said. “If the mandate goes into effect, businesses are bracing for both a mass exodus of workers who would rather quit or get fired than take the vaccine, as well as compliance costs to the tune of several hundred thousand to several million dollars per employer.”

One of those employers, OEM Fabricators in Neillsville, said it expects to lose 25% of its 2000 employees if they are forced to require vaccines. The company puts the cost to comply with the mandate at over $400,000.

“We are a small custom metal fabrication company in rural Wisconsin. If this mandate goes into effect, it is only going to exacerbate our current challenges with hiring, and mandating the vaccine is not reasonable considering the number of team members we would lose,” OEM President and CEO Kelly Ingli said. “Implementing the testing and mask requirement is going to be a nightmare in addition to a substantial increase of costs for a company of our size. OEM has policies in place to protect our team members which have been very effective thus far.”

The Wisconsin Institute for Law and Liberty is challenging the mandate in court, but IRG is asking Wisconsin businesses to challenge the mandate at OSHA as well.

“OSHA extended the time it is accepting public comments on the mandate until January 19, 2022.” the IRG email says. “Until then, IRG is continuing to build out a coalition of Wisconsin employers who are concerned about how this top-down mandate will negatively impact their business, and then help them submit formal comments to OSHA to directly voice their concerns.”

IRG is asking any and all businesses in the state to send them details on what the mandate will do to their business.

“A key pillar of IRG’s mission is to help give all Wisconsinites the opportunity to succeed and prosper. This heavy-handed, illegal mandate is standing in the way of that,” IRG said.