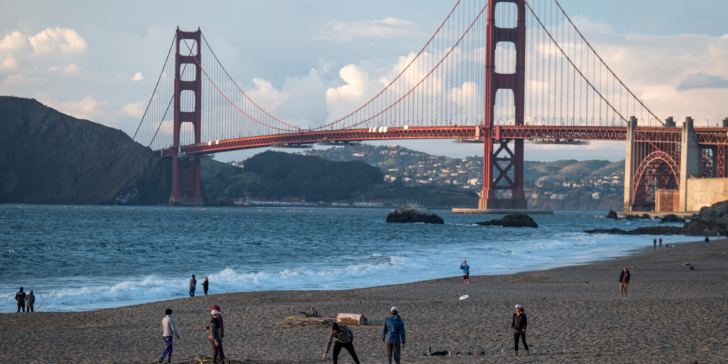 7 people hospitalized after exposure to fentanyl at the scene of a car accident on the Golden Gate Bridge.

According to the California Highway Patrol, officers were called to respond to an accident on the Golden Gate Bridge at around 11:45 AM on September 13th. The car had run into a median barrier at the bridge toll plaza with the driver inside. The vehicle was stopped after the collision and the driver was passed out resulting in that highway lane’s traffic being blocked.

The California Highway Patrol officers helped the driver out of the car and one officer went into the car to put the vehicle in park. The San Francisco Fire Department tended to the driver while the paramedics were called. The officer who had entered the vehicle soon began experiencing signs of fentanyl exposure and became incapacitated according ot California Highway Patrol Marin Station.

Another highway patrol officer and tow truck driver also began experiencing the same symptoms shortly after. Ambulances and Narcan units were called to treat those who had been experiencing symptoms of drug and also to any first responders who had been exposed. Upon the arrival of the ambulance, the two highway patrol officers, the person from the fire department, and the driver were rushed to the hospital.

According to Marin highway patrol’s Officer Andrew Barclay, “Very quickly those symptoms escalated and (the officer) became incapacitated.” He said, “Fortunately, there were other units on scene that were able to see what was going on requesting immediate medical response and began administering Narcan to him.”

During the investigation of the accident, two more highway patrol officers and a Golden Gate Bridge Patrol officer were exposed to the drug and began experiencing symptoms. Those three officers were also rushed to the hospital.

Currently, all of the seven people being hospitalized were discharged and sent home to recover from their exposure. The suspect who was driving the vehicle in the accident was sent to the San Francisco County Jail for driving under the influence and the possession of a controlled substance according to Marin highway patrol’s Officer Andrew Barclay.

The Marin highway patrol station announced, “Due to the extreme danger of fentanyl, the Alexander Avenue off ramp from northbound US-101 as well as the on ramp were closed and the area was deemed both a crime scene and hazmat scene.”

Resources from the California Highway Patrol, Marin County Fire, Marin County’s Sheriff office, and the Marin HAZMAT team had responded to the accident in order to begin the process of cleaning up the vehicle on the Golden Gate Bridge and making it safe enough for removal.

According to the National Institute on Drug Abuse, fentanyl is a synthetic opioid that is similar to morphine but 50 to 100 times stronger. Fentanyl can cause drowsiness, confusion, nausea, and breathing problems. The agency also explains that even a small dose of the drug could be deadly.