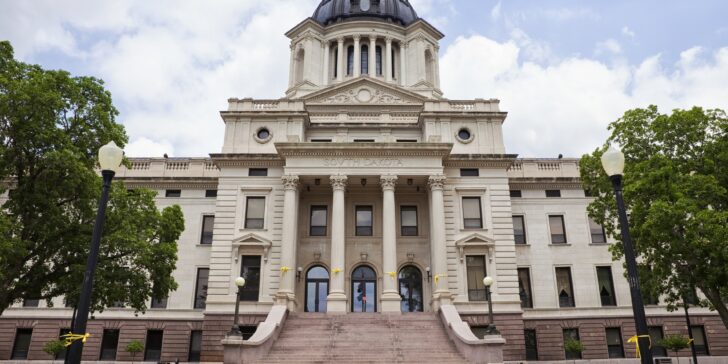 South Dakota could do a better job of explaining how federal money from the Coronavirus Aid, Relief and Economic Security (CARES) Act is being spent, according to an analysis from the nonprofit Good Jobs First.

The nonprofit analyzed how states were tracking Coronavirus Relief Fund (CRF) spending and providing information to the public.

CRF relief was provided to states through the CARES Act, which was signed into law in March 2020 by President Donald Trump. The $2.2 trillion package allotted $111.8 billion for emergency assistance to state governments and the District of Columbia.

Six states were cited in the report for exemplary transparency in their spending: Alabama, Georgia, Illinois, Massachusetts, Michigan and Wyoming. South Dakota was listed as doing a “middling” job. The report’s authors said most states are failing to disclose how they are spending the money.

“While most states disclose some information on CRF spending, like awardee names and allocations to state agencies and programs, their websites often lack details on how awardees in turn spent their funds – which were often paid in large blocks,”  the report’s authors said. “Twenty-seven states fall into this category.”

While South Dakota does have an accessible website that lists fund allocations and recipients, the website does not show how the money was spent.

States are required to report their CRF spending on a quarterly basis to the U.S. Treasury Department. In the reports, states must list any recipient who received $50,000 or more and assign the money to one of 18 expenditure categories.

“These reports are essential to holding states accountable,” the report’s authors said. “For example, a report from the California State Auditor’s Office from January 2021 found the state’s Finance Department had mismanaged CRF money such that smaller counties had received far less funding per person than larger counties despite the smaller ones’ needs being just as severe as those of their larger counterparts. Without the quarterly reports to the Treasury Department, errors like these would most likely go undetected.”

The report’s authors recommended requiring states to make their quarterly reports to the Treasury Department public.

“Our hope is that states with sub-standard CRF disclosure improve their practices in preparation for their next transparency challenge: informing the public on how they use the $195 billion in state aid from the Coronavirus State and Local Fiscal Recovery Fund, a provision of the 2021 American Rescue Plan Act,” they said.

This article was originally posted on South Dakota could be more transparent about CARES Act spending, report says