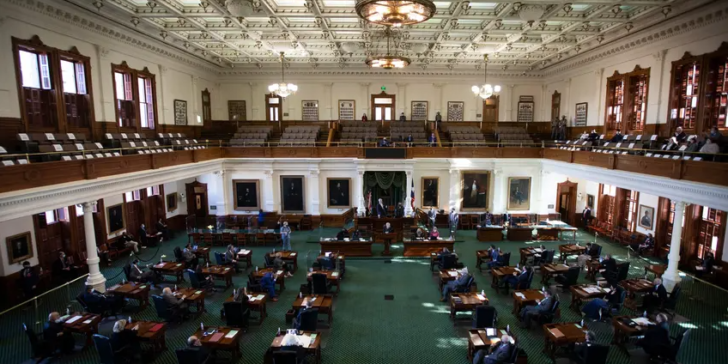 A panel of lawmakers on Tuesday advanced draft maps of the Texas Senate and State Board of Education, sending both to the full upper chamber for further debate.

The maps, both authored by state Sen. Joan Huffman, a Houston Republican who leads the Senate Special Redistricting Committee, will likely see further changes before the Legislature sends them to Gov. Greg Abbott’s desk for the signature. The initial drafts of both maps have so far attempted to strengthen Republican majorities by protecting incumbents and creating more GOP-friendly districts.

Senate Bill 4, the draft of the Senate’s 31-district map, was tweaked by lawmakers before the chamber’s redistricting committee approved it along a 12-2 vote.

One of the more notable changes, offered in amendments by Huffman, involved Senate District 10, which is represented by state Sen. Beverly Powell, D-Burleson. In the latest draft, the district — which is currently contained in Tarrant County and voted for President Joe Biden during the 2020 general election — was redrawn to include parts of the more conservative Parker and Johnson counties as well as other GOP-leaning surrounding areas in the state. The Senate’s first draft would have included parts of Tarrant County along with Parker and Johnson counties.

After that first draft was released, Powell argued that the proposed map would be “a direct assault on the voting rights of minority citizens in Senate District 10 and, if adopted, it would be an act of intentional discrimination.” At the time, Powell said the latest census data showed that her district’s population was already “nearly ideal” — but on Tuesday, Huffman said that neighboring districts had to also be accounted for before emphasizing that her proposals had been “drafted blind to racial data.”

Another change before Tuesday’s vote involved Senate Districts 22 and 23, which are represented by state Sens. Brian Birdwell, R-Granbury, and Royce West, D-Dallas, respectively. The amendment, authored by West but laid out by state Sen. Judith Zaffirini, D-Laredo, would swap several precincts between the two districts, including some in Tarrant County from Senate District 22 to 23. Zaffirini said the move would keep both districts within the acceptable population deviation.

Lawmakers earlier this month formally kicked off the redistricting process as the Legislature convened for its third special session of the year, which will focus on redrawing the state’s political maps and a number of other issues set by the governor.

While the Senate has now released draft maps for the Senate, the State Board of Education and Congress, the lower chamber has not yet revealed its proposal for its 150 members’ districts. The Legislature has 30 days during a special session to complete its business, though Abbott can always order lawmakers back for another overtime round.

The committee unanimously approved the draft of the State Board of Education map on Tuesday, without amendments. The board is a 15-member, majority Republican body that determines what millions of public school students in the state are taught in classrooms. Nine Republicans and six Democrats currently sit on the board.

The current version of that map did not make any changes to the racial breakdown of the board’s 15 districts — based on eligible voters, Hispanic residents make up a majority in three of those districts, 10 districts with white majorities and two have no majority.

The proposed map, however, does make tweaks to the partisan breakdown of those 15 districts. Seven of the 15 districts went to Biden during the 2020 general election, but if the new proposal were it place, it would have lowered that number to five. One district would be considered a toss-up seat.

The board is responsible for adopting textbooks and changing curriculum standards for public school students in the state. The entity has made national headlines in recent years over board meeting debates involving controversial evolution standards and sex education policies, among other things.