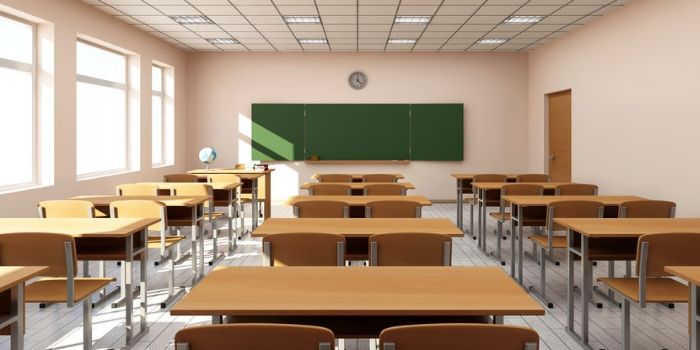 The Black Mountain Middle School in Poway Unified School District presented a “Wheel of Power” to be used as part of suggested professional development training at a recent meeting with San Diego-area parents and teachers. When Californians for Equal Rights Foundation (CERF) exposed it and parents and residents complained, BMMS pulled it and an accompanying video from being used.

While the outcome represents a collaborative exchange among parents and BMMS, CERF argues, parents, students and residents must remain vigilant about what teachers are being trained and teaching, especially if it includes ideology rooted in critical race theory. The group successfully sued the state, the state Department of Education and others, over its controversial Ethnic Studies program, which included instructing students to learn Aztec prayers. It’s also published resources about CRT to help educate parents, students and the public about ideology it warns is divisive and un-American.

The Wheel of Power was created by Sylvia Duckworth, a Toronto-based teacher and Edtech consultant, adapted from the Canadian Council for Refugees’ website.

It’s divided into 12 categories with three levels of attributes that indicate whether someone has power or is marginalized. A citizen is more powerful than an undocumented or documented person; a white person has more power than someone with dark or a different shade of skin, according to the wheel. In addition to citizenship and skin color, other categories include one’s level of education, physical ability, sexuality, neurodiversity, mental health, body size, housing status, financial status, which language they speak other than English, and gender.

According to the wheel, those with the most power are rich, white, English-speaking “cisgender” men who are citizens with a post-secondary degree. They are also slim, able-bodied, heterosexual, neurotypical with robust mental health, and own property.

Those with the least power are undocumented trans, intersex, non-binary, lesbians, bi-, pan- or a-sexual with dark skin who have only an elementary education, are significantly disabled, have significant neurodivergence and are mentally vulnerable, overweight, homeless, poor, and non-English speakers, according to the wheel.

CERF’s executive director Wenyuan Wu first tweeted a picture of the wheel, pointing out that the school’s students are 46% white, 29% Asian, 14% Hispanic and 3% Black. She asked if the school’s demographic represented “privilege overload” and why being “slim” was “a form of power.”

In response to complaints, BMMS Principal Scott Corso sent an email to parents, teachers and community members explaining the wheel was part of “some ideas for a future professional growth day with educators. That activity has not happened yet. After further reflection on feedback received and working with Shawntanet Jara, PUSD Director of Equity and Improvement, we have modified our activities. We have decided not to use the graphic entitled ‘Wheel of Privilege,’ nor the video related to intersectionality.”

“We have no interest in promoting critical race theory,” he added. “That is not our intent. Our intent, as educators, is to examine our own personal biases in order to support all students and be the most inclusive school we can be. Thank you for your feedback. We have used it to be better.”

But the “cultish wheel of privilege is rooted in the thesis of intersectionality, a key concept in CRT,” Wu told The Center Square. “Parents, who have been lied to for months by the leadership at the Poway Unified School District regarding the district’s engagement with CRT, were rightfully outraged about the fringe ideological underpinnings behind the wheel, in which individuals are segregated into arbitrary boxes based on race, sex, gender, national origin, even physical attributes and mental state. Are we so fundamentally different that everyone must be assigned a box through a Marxist power praxis? What then defines me, a complex human being who’d rather be judged by the content of her character than all these outward characteristics?”

While the school chose not to use the wheel and video “due to public pressure,” she added, “it’s important that parents and other community stakeholders continue to monitor future developments and hold the education establishment accountable. This is not to ban educators and school administrators from practicing free speech based on their political and ideological persuasions. But they cannot compel students, parents and community members who also have a right to free speech and equal treatment, to be indoctrinated with a highly contested political theory, CRT. The law is the law. Equal means equal.”

The school’s “Equity in Action” section of its website links to a document that includes a “Racial Justice Challenge,” and homeroom lessons like the “Iceberg – Identity lesson, Microaggressions, Being an Upstanders, and Coronavirus and Racism.”

Teachers have also received equity training on “Recognizing Our Own Anti Bias, Microaggressions and How to Address Them,” and “Our Own Equity Why’s,” the school states. And PUSD’s “Racial Equity and Inclusion” plan includes two elective high school courses, Ethnic Studies and Ethnic Literature.

Jara argues that equity in education is important and misunderstood.

“The conversation around equity is often confusing, bizarre, and dangerously erroneous, where folks are talking at each other and there is very little seeking to understand,” she wrote in a recent op-ed published by the San Diego Tribune. “In fact, equity has become a controversial word, but it shouldn’t be. In education, equity, defined simply, is giving students what they need to succeed.

But CFER argues that instead of “teaching students ‘to be global citizens with an appreciation for the contributions of multiple cultures,’ as mandated by California law (AB-2016), PUSD’s new Ethnic Studies and Ethnic Studies courses champion the same disputed race-based tropes obsessed with skin color and race. CRT concepts such as ‘power and oppression,’ ‘intersectionality,’ and ‘white privilege’ are seamlessly woven into course contents,” which it maintains are divisive and discriminatory.