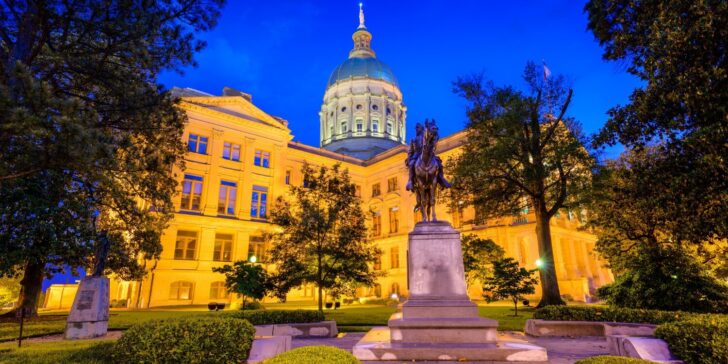 A Georgia education committee has advanced a bill that gives parents access to the instructional material used to teach their children in Georgia’s public schools.

Supporters of the measure, dubbed the Parents’ Bill of Rights, said it would increase transparency in schools and allow parents to be involved in their child’s education.

Former and current teachers who spoke Monday during the Senate Education and Youth Committee meeting said the measure would burden educators. Students told the legislative panel focus should be on school funding and other problems in the school system.

The measure cleared the committee with a 6-5 vote. It must be approved by a full vote in the Senate and the House before being sent to the governor. Gov. Brian Kemp is backing the bill, which he said was the result of information gathered from superintendents, teachers, parents and other education stakeholders.

“It’s simply a transparency bill, which gives parents the fundamental right under state law, which currently doesn’t exist to review the material that their kids and students are being taught before each nine-week period,” Sen. Clint Dixon, R-Gwinnett, said.

A parent can request the educational material from a principal or superintendent under the measure. The school official has three working days to provide the material. If the principal or superintendent cannot share the information by then, they must provide the parent with a description of the material and a timeline for its delivery. It must be delivered in 30 days.

School districts would be required to create a process for parents to “object” to the material if they choose. It also would allow parents to opt their children out of sex education.

Lisa Morgan, president of the Georgia Association of Educators, said the bill feels like “an attack on educators.” She said schools often send letters urging parents to be more involved in their child’s education.

“This bill seems to drive a wedge between the most important partnership in education, and that is between the parents and the teachers,” Morgan said.

Andrea Young, Georgia American Civil Liberties Union president and a former teacher, said teachers would need to modify coursework just to please a selection of parents and that could be burdensome.

Other critics said local school districts should be able to manage day-to-day school operations, and parents already can call schools or contact board members with complaints.

A similar measure, House Bill 1178, also was filed in the House.