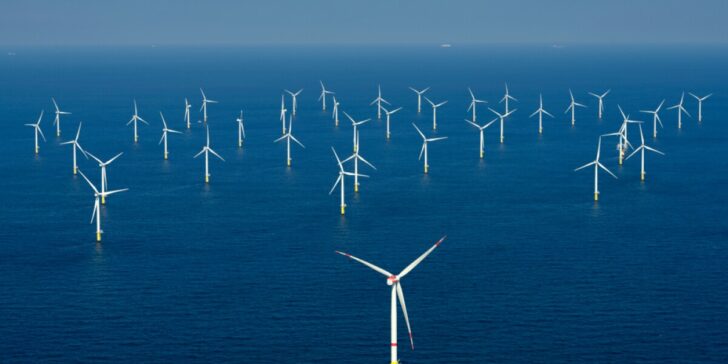 Gov. Ned Lamont announced in a news release the state has received $500,000 in planning funds from the American Rescue Plan Act’s Build Back Better Regional Challenge. The challenge is issued through the U.S. Department of Commerce’s Economic Development Administration.

“The emerging offshore wind industry has the potential to create many good-paying jobs in Connecticut and drive economic growth in towns along our shoreline,” Lamont said in the release. “Our administration is working hard to make Connecticut the center hub of the offshore wind industry in New England. I congratulate seCTer, the Department of Economic and Community Development, and all of our partners for working to secure this competitive grant.”

According to the release, 529 applications were received in all 50 states, including five territories, and 60 finalists were awarded funding in the first round. The funding the state received will allow the coalition to create a more detailed plan that will be considered in round two. Funding awarded in the round will be between $25 million and $100 million, and applications are due in March 2022.

“Connecticut has a strong competitive advantage with regard to the burgeoning offshore wind industry, and I am thrilled the EDA has invited us to apply for round two funding,” Department of Economic and Community Development Deputy Commissioner Alexandra Daum said in the release. “This potential funding would be transformative for New London and Bridgeport and the state’s broader offshore wind ecosystem, creating jobs and diversifying our economy over the long-term.”

Paul Whitescarver, executive director of seCTer, said in the release that he “knows the region is ready for the challenge” and that the coalition members are on board.

“What a great path forward for Connecticut and the southeastern region to generate economic development on a regional basis,” Whitescarver said in the release. “This will allow a diversification of our blue economy and its industry partners and build equitable solutions to job growth.”

“This funding is a vital first step in developing southeastern Connecticut as a hub of job growth and job training,” Blumenthal said in the release. “I congratulate the Connecticut Department of Economic and Community Development and seCTer for their success in moving to the next round of funding. I will continue to support their diligent, collaborative efforts to secure full funding to bring this ambitious, climate-friendly project to fruition.”

According to the release, the state’s first round application took into consideration shared coastline with neighboring states Rhode Island and Massachusetts, and the governor said he is looking forward to working across state lines on the project.