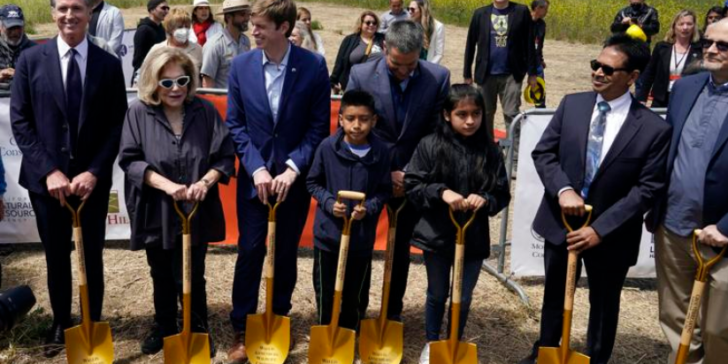 Gov. Gavin Newsom is proposing an additional $50 million in spending to fund wildlife crossings in California in his upcoming budget revision, including $10 million in funding for the world’s largest wildlife overpass.

Newsom joined officials for a groundbreaking at the Wallis Annenberg Wildlife Crossing in Los Angeles on Friday, which will provide a bridge for animals to roam between two areas of habitat, according to Newsom’s office. The crossing has been dubbed the largest wildlife crossing in the world, the governor’s office said in a news release.

The state has granted $58 million in funding for the project, while philanthropic giving has raised another $34 million. Now, Newsom is proposing an additional $50 million to fund wildlife crossings, including $10 million for the Wallis Annenberg Wildlife Crossing, within his May budget revision. Last year, the Legislature and the governor spent $105 million on such crossings.

Newsom also announced Friday a set of strategies to achieve a 30×30 conservation goal, which aims to conserve 30% of the state’s lands and coastline waters by 2030 to combat climate change impacts. According to the governor’s office, the state has conserved 24% of the land and 16% of coastal waters.

“No challenge poses a greater threat to our way of life, prosperity, and future as a state than climate change,” Newsom said. “With our rich natural heritage on the front lines of this crisis, California is building on our global climate leadership with bold strategies that harness the power of nature to fight climate change and protect our communities and ecosystems.”

The groundbreaking at the Wallis Annenberg Crossing comes just days after a mountain lion was struck and killed on the 405 freeway near Brentwood, the Los Angeles Times reported. According to Newsom’s office, the new crossing will “span 10 lanes of Highway 101 and an adjacent road, improving wildlife connectivity to support biodiverse ecosystems.”