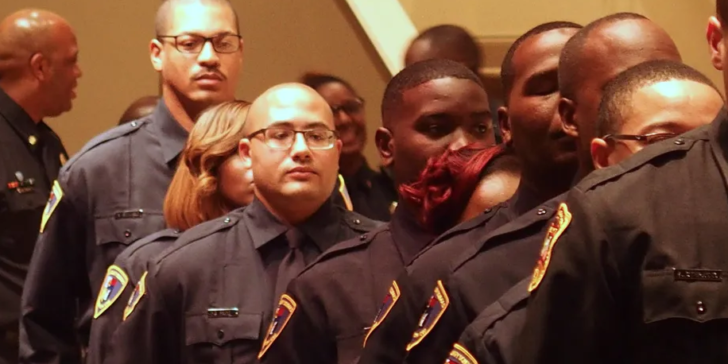 As school districts across the country move to cut ties with law enforcement agencies, some local education officials are raising concerns about the officers who patrol Memphis schools.

At a Tuesday evening work session, the Shelby County Schools board was divided over an agreement that would have the district contribute $50,000 to the county sheriff’s office for the use of 36 resource officers in Memphis schools.

The conversation in Memphis follows a national racial reckoning, ignited by several high-profile police killings of Black people, and prompted some of the United States’ largest school systems — including those in Denver, Seattle, Portland, and Minneapolis — to end partnerships with local police departments.

It also comes as a growing body of evidence that suggests school resource officers feed the so-called school-to-prison pipeline. A recent report from the Brookings Institute found that school policing criminalizes adolescent behavior. For example, law enforcement may escalate cutting class to a truancy charge, and graffiti on bathroom walls to a vandalism charge.

School resource officers’ involvement can hurt children of color the most: Data from the U.S. Department of Education’s Office for Civil Rights found that these officers are more than twice as likely to refer Black students for prosecution, compared to their white peers.

Such findings led nearby Frayser Community Schools to significantly reduce the number of law enforcement officers in its schools. That Memphis charter school network has vowed to take a more holistic approach to discipline this school year.

In 2019, Shelby County Schools Superintendent Joris Ray proposed creating its own district police force, called a “peace force,” to replace sheriff’s deputies. At the time, Ray said he believed Shelby County Schools would be able to control the behavior of officers more effectively if they reported directly to the district. School board members disagreed, saying they weren’t sure students would actually be treated better.

Last month, the district said that 125 armed officers, including 45 Shelby County sheriff’s deputies, patrol its schools. Those officers have all received enhanced training in recognizing precursors to violence, as well as training in nonviolence, crisis prevention, and gang reduction, according to the district.

Memphis school board member William Orgel was the lone board member Tuesday to say he was in “full support” of the program.

“Things don’t always go right, but I appreciate them putting their lives on the line and looking after our students, especially, and keeping them safe,” he said.

Shelby County Schools has also implemented strategies to reduce negative encounters between police and students. For example, expanding its so-called ReSET Rooms, where students can calm down with a supportive adult after emotional or tense moments; this effort resulted in lower suspension rates during the 2019-20 school year, compared to the prior year. Those rates dropped further last year, when most Memphis students learned remotely.

Cardell Orrin, executive director of education advocacy organization Stand for Children Tennessee, said the latest memorandum of understanding between the district and sheriff’s office is a step in the wrong direction.

“Fundamentally, my belief is that we don’t need law enforcement in schools,” regardless of how nice or well trained the officers are, he said.

Orrin said the money that goes to pay officers in Memphis schools should be redirected to mental health resources and other school-based supports.

Students, families, and advocates within Shelby County Schools, where the majority of the district’s over 110,000 students are children of color, have raised similar concerns. Hundreds of community members have written letters demanding the district end its contract with the sheriff’s office.

Yet the drafted memorandum of understanding doesn’t appear to reflect that feedback.

“When I say our inboxes have been full, there’s clearly a problem,” said board member Sheleah Harris. “And I’m not hearing a solution to the problem.”

While board member Stephanie Love acknowledges the role of school resource officers play in keeping schools safe, she said she also believes the district must investigate complaints and at least consider whether changes need to be made.

“For us to support this as is, after we spent time with all these students, I think it would be a disservice and would say to our students that we heard you but we’re not listening,” she said.

The board will again discuss the memorandum of understanding at its meeting next week.