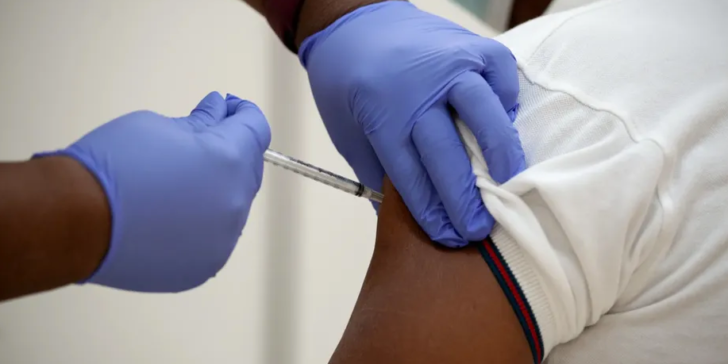 The city’s child welfare agency has given the green light to administer COVID-19 vaccines to more than 600 minors living in certain juvenile detention and foster homes, including when their parents say no.

The Administration for Children’s Services told partner nonprofit groups earlier this month that they are free to get 16- and 17-year-olds inoculated with the vaccine — “even if a parent cannot be located or affirmatively objects.”

ACS is lumping the Pfizer shot under “routine medical care” that many parents have already given blanket consent to, and clearing care providers to proceed with the shots even in the absence of overall consent.

Routine medical care is defined by the city as “medical, dental, mental health and hospital services which are customarily given as part of preventive health care and /or for ordinary childhood diseases or illnesses.”

Lawyers for children in Family Court are concerned kids won’t get heard and their parents will be shut out.

Until now, she noted in the letter, children’s agencies had to obtain parents’ signatures before administering the COVID vaccine to kids. Nor are coronavirus vaccines required for 16- and 17-year-olds to attend school in New York, Mitchell said.

The ACS memo to providers followed the U.S. Food and Drug Administration’s full approval last month of the Pfizer vaccine for ages 16 and up. The vaccine remains under emergency use authorization only for 12- through 15-year-olds, and the new ACS policy does not apply to those younger children.

Lawyers for parents shared Mitchell’s concerns that moms and dads with kids in group homes and other ACS residences are being excluded from having a say in their kids’ medical care.

“ACS’ policy wrongfully denies a subset of parents from engaging in a decision about whether to vaccinate their children against Covid,” said Emma Ketteringham, head of the family defense practice at Bronx Defenders.

A spokesperson for ACS, Christopher Rucas, said in a statement that the agency is acting in the interest of children’s health and safety.

“We are concerned about the increase in COVID cases among children,” he wrote. “When the Pfizer vaccine received full FDA approval, ACS consulted with a leading biomedical ethicist, and then determined we would treat the Pfizer vaccine for youth over the age of 16 just as we would handle any other routine vaccine: that a youth’s affirmative assent will be sought, and vaccination will not be administered if the youth objects.”

He added: “We continue to educate eligible youth in our care about the importance of the COVID-19 vaccine so they can make informed decisions about getting vaccinated.”

The city Department of Health and Mental Hygiene reports that 68.5% of all 12- to 17-year-olds have received at least one dose of the vaccine so far. Inoculation is required for participating in many school sports and other activities this year, as well as entry to restaurants, movie theaters and more.

Young people who are vaccinated also do not have to quarantine after COVID cases pop up at school, unless they show symptoms, according to the city Department of Education.

Still, significant numbers of kids are not getting the shot — often at their parents’ insistence. They’re doing so despite city statistics showing unvaccinated New Yorkers are nearly six times as likely to test positive for the coronavirus and more than 10 times more likely to be hospitalized for COVID than those who are vaccinated.

Parents who advocate for other families in the child welfare system say it’s nonetheless crucial for families to keep their right to choose.

“It’s not that I’m against being vaccinated because I’m personally vaccinated,” said Joyce McMillan, whose children were once placed into foster care by ACS.

But, she added: “The fact that we’re bullying parents in all these different ways to say you have no say over your child is extremely outrageous to me.”

McMillan said she has received numerous complaints about the child welfare system overriding parents’ wishes, including on children’s food, hair and religion.

Responding to Legal Aid’s letter on Wednesday, ACS clarified the agency would not inoculate teens against their wishes. “The updated policy changes the protocol for seeking the parent’s consent, not the youth’s assent,” wrote ACS Deputy Commissioner Julie Farber.

ACS says it currently has 604 young people ages 16 and 17 in foster care, in addition to 28 in Close to Home juvenile detention residences. Most in care are Black or Latino, note lawyers for children and families, who say they see discrimination at work.

“If the city mandates vaccination for this age group, that is one thing,” said Ketteringham.

“But to essentially mandate a vaccine only for the families ACS surveils and separates is wrong,” she added. “It’s a fact that ACS disproportionately surveils and places low-income Black and brown children in the system, so this policy is best understood as a perpetuation of medical racism that will further sow distrust of our government.”