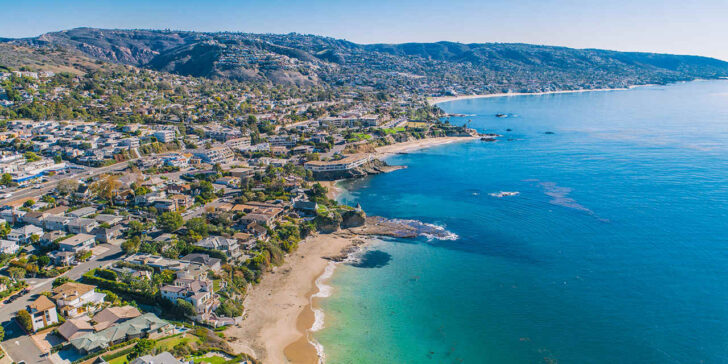 When Malibu residents Jason and Elizabeth Riddick heard about the option to build an accessory dwelling unit on their property, they thought it was precisely the solution for which they were searching.

The Riddicks had been searching for an option to create housing for Elizabeth’s mother, Renee Sperling, who is over 80 years old, immunocompromised and living with several ailments. In the months leading up to the pandemic, the Riddicks began searching for options to allow her to live in her daughter’s care while also living somewhat independently. That’s when they learned of accessory dwelling units, or ADUs.

“When my husband and I found out about the new [ADU] law, we set out to investigate the possibilities of building for her own ADU on our property, and we knew that it was going to be a challenge,” Elizabeth told The Center Square. “We worked to accommodate all of the requests that were coming, and we did that. We have the support of our neighbors, we have the support of our homeowners association.”

In the past five years, California has passed several laws to make it easier for residents to build ADUs on their properties. ADUs, also known as “granny flats,” are smaller independent units built on the same property as an existing single-family home.

The Riddicks’ proposed project sought to create a 414 square-foot unit on their property (with other minor additions) for Sperling to live. Though Sperling would have her independent living quarters, the unit would be attached to the house, vital to protecting her health. This became particularly important during the COVID-19 pandemic when it was not feasible for her to live in the same quarters as the Riddicks and their children.

“[My mother] needs to be independent, even though she’s with me, and this law was created with her in mind,” Elizabeth said.

The Riddick’s submitted their application in July 2020, which put the city on a 60-day clock to respond. After about 3 months, the City claimed their application was incomplete, and eventually, officials would end up denying the project on the grounds that it violated the Local Coastal Program.

The Riddicks argued the project is exempt from these requirements under the program, saying projects of this kind don’t need to comply with coastal development standards.

Commission staff said that the project did not comply with required setbacks and exceeded the square footage limits for the parcel. The project, the Riddicks contend, should be governed by state law, which preempts local zoning codes.

Previous guidance from the Coastal Commission said attached ADUs qualify for an exemption to some local coastal policies barring any adverse environmental effects. The Riddicks’ project was found to have no environmental impacts.

When the project went before Malibu Planning Commission in June 2021, the commission said the project would not “adversely impact coastal resources” other than “setting a precedent of allowing greater development in the coastal zone.” The commission denied the project.

The Riddicks appealed to the Malibu City Council, only to be denied. It also referenced parts of the Local Coastal Program as justification.

The Riddicks filed a lawsuit against the City of Malibu, the city council and the planning department in Los Angeles County Superior Court in November, alleging that the city is “refusing to comply with the State’s streamlined ministerial approval process and refusing to follow California Coastal Commission guidance on the matter.” The lawsuit states that legislative intervention is now necessary to “vindicate the Riddicks’ property rights to build their ADU.”

The lawsuit highlights how coastal cities, including Malibu, have failed to create affordable housing as the state faces a shortage of low-cost housing – a problem the state Legislature was hoping to alleviate by making it easier to build ADUs. According to the Riddicks’ lawsuit, Malibu has “failed to add a single unit of affordable or middle-class housing since at least 2014.”

The Riddicks say the city is using its Local Coastal Program “as a way to prevent additional housing in our community,” Elizabeth said. They’re demanding the city recognize that their ADU project is exempt from local coastal policies and falls under the requirements of the state’s ADU law.

“Our project is in a residential area. It has no environmental impact. It is in our own private backyard. It is completely compliant,” Elizabeth said. “But the city wrote into their Local Coastal Program very, very restrictive square footage ratio restrictions and side yard set back restrictions that are in conflict – direct conflict – with the state law.

“They’re saying ‘because we’re a coastal city and have an LCP, we do not have to follow state law.'”

The City of Malibu did not return requests for comment from The Center Square regarding the Riddicks’ lawsuit.

According to David Deerson, an attorney with Pacific Legal Foundation who is representing the Riddicks, the state’s new ADU law takes precedent over local law unless it would interfere with the Coastal Act. The Coastal Act determines how land along California’s coast is developed while also emphasizing habitat preservation.

“Nothing in this law is supposed to interfere with a Coastal Act,” Deerson told The Center Square. “And Malibu got the idea that since they’re in a coastal zone, basically the law doesn’t apply to them at all.

“Even by the terms of Malibu’s own local postal policies, the Riddick’s project should not have been required to go through all of the Coastal Act hoops – it should have just been administered the same way that any other ADU is administered outside the coastal zone,” Deerson later added.

The commission, however, recently reversed a long-held position that exempted ADUs from coastal development regulations in January 2021, issuing updated guidance recommending cities require a Coastal Development Permit to be obtained for attached ADUs.

Deerson said it’s “disappointing to see the Commission get this wrong,” but stressed that its word is guidance, not law.

Malibu responded to the Riddicks’ lawsuit in mid-February, denying all allegations. Attorneys met with a judge Thursday to discuss timelines related to the lawsuit.

In the meantime, the Riddicks’ ultimate desire remains the same – they want the opportunity to build a unit attached to their house for Sperling to live independently, in a place that is close to the family but also her own. Elizabeth said navigating difficulties with the project over the past two years have been challenging for the family of five. She ultimately wants a clear ruling outlining that “coastal cities do not have the permission to not comply with state law.”

“Because we’re a coastal city, they should not be allowed to deny state law and to rob us of our property rights,” Elizabeth said. “We want the right to build ADUs here in Malibu.”

“We need housing in the state of California,” she later added. “This is a wonderful way to just totally create additional housing for people that is not a burden to your taxpayer, and it benefits society, benefits the economy, benefits everybody.”

A hearing on the Riddicks’ lawsuit has been set for July 25.

This article was originally posted on Malibu rejected an ADU project proposal from a local couple. Now it’s facing a lawsuit