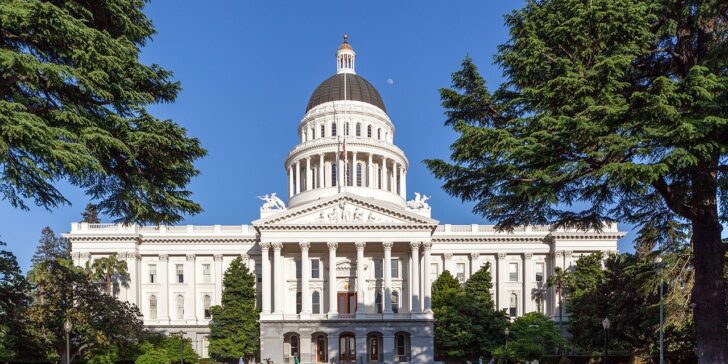 California lawmakers reviewed hundreds of bills in the Legislature’s “suspense file” on Thursday, advancing a myriad measures to be mulled over on the Senate and Assembly floors.

The bills, advanced out of the Senate and Assembly Appropriations Committees, represent a broad range of policy interests, from housing legislation to tax credits to gun violence.

Lawmakers in the Assembly Appropriations Committee advanced around 430 bills on Thursday, including a bill that would allow legal action against gunmakers and dealers who are “irresponsible, reckless, and negligent in the sale or marketing of their products.” Lawmakers also advanced an amended bill that proposes a one-time Child Tax Credit payment to low-income families.

On the Senate side, lawmakers in the Appropriations Committee advanced hundreds of bills to the Senate floor, including a measure backed by Gov. Gavin Newsom that would allow state residents to sue anyone who “manufactures, distributes, transports or imports” guns designated as assault weapons and ghost guns in California. Lawmakers also passed a measure supported by a legislative Vaccine Work Group that would require schools to create COVID-19 testing plans.

While the bills ranged in policy area and magnitude, they all had one thing in common – they were unleashed from the suspense file.

What is the Suspense File?

The suspense file acts like something of a parliamentary purgatory for fiscal bills. The measures qualify for the suspense file when they cost more than $50,000 to the General Fund or $150,000 or more to a “special fund,” according to the Senate Appropriations Committee.

Bills are placed in the suspense file following a regular hearing earlier in the legislative session. Then, both the Assembly Appropriations Committee and the Senate Appropriations Committee conduct a vote-only suspense hearing, where all the bills are heard at once. Committee members vote on whether to advance the bill for a floor vote or hold the bill in committee, which means it is functionally dead without lawmakers taking an official “no” vote.

This process has been in place for several decades and came about as a way for lawmakers to review and consider fiscal bills at once, Alex Vassar, the communications manager at the California State Library, told The Center Square in an interview on May 12.

“The money that’s available to the Legislature to spend is finite; there’s only so much you can spend,” Vassar said, adding that the suspense file allows lawmakers to evaluate the bills altogether rather than saying “yes” before hearing all the fiscal bills and running out of money.

He also noted that lawmakers could choose to keep a bill “held in Suspense” instead of killing it by a “no” vote. Thus, the suspense file “preserves good relationships between the members,” Vassar said.

Thursday was the last opportunity for bills to be passed out of a fiscal committee and sent for a floor vote ahead of Friday’s deadline. Remaining bills now have until May 27th to be passed out of their house of origin to meet legislative deadlines.