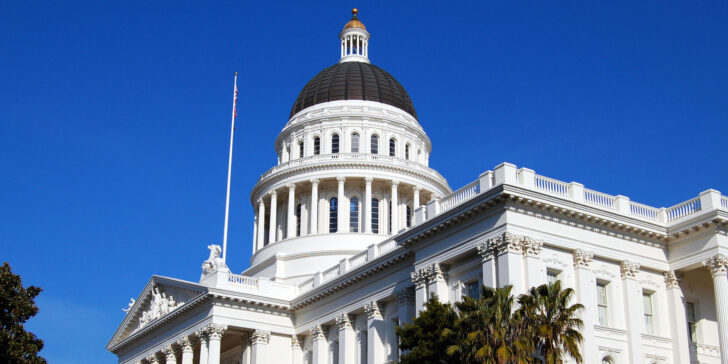 California is facing a lawsuit from JPMorgan Chase for millions in legal fees after the bank intervened on the state’s behalf to halt a wire transfer to a face mask supplier in the early days of the pandemic and has since faced litigation.

The lawsuit, filed in Sacramento Superior Court last week, aims to recover about $5.9 million in legal fees that JPMorgan Chase claims it incurred as a result of lawsuits filed against the company following its move to recover a $456 million transaction sent to a face mask supplier as part of a deal California ending up nixing in a matter of days in March 2020.

According to the bank’s lawsuit, which was first reported by Courthouse News Service, California sought to secure over 100 million N95 masks from a vendor, Blue Flame Medical LLC., in March 2020. The move came as the U.S. was grappling with a shortage of personal protective equipment, particularly face masks.

Once the agreement was made, the state wired more than $456 million to cover the bulk of the cost of the masks to Blue Flame’s bank account. JPMC, which handles the California State Treasurer’s Office’s banking, facilitated the transfer to Chain Bridge Bank, where the supplier’s account was held.

After discussions with Chain Bridge, however, JPMC discovered that Blue Flame had opened an account the day before receiving the wire transfer and it was opened by a client who was a political lobbyist, according to the suit. Chain Bridge informed the California State Treasury’s Office of this fact. JPMC also “shared concerns about the transaction,” according to the suit. Ultimately, the state decided to reverse the transaction.

“The third party complaint caused (and continues to cause) JPMC to incur attorney’s fees and expenses, both for defending itself against Chain Bridge’s claim and assisting Chain Bridge in contesting the underlying liability to Blue Flame,” the lawsuit states.

According to the lawsuit, a district court granted a summary judgment to Chain Bridge in September 2021, “holding JPMC liable for fees and expenses incurred by Chain Bridge.” JPMC appealed the decision, which led Chain Bridge to file a motion in federal court seeking $5.9 million in payment from JPMC for legal fees and attorney’s costs.

JPMC ultimately decided to settle with Chain Bridge for the $5.9 million and now wants California officials to pay up. In the suit, JPMC claims California broke the contract by “failing to indemnify” the company, leading to losses that continue to incur.

“JPMC is pleased to have been able to help California recover its funds, but for those efforts, JPMC became targeted in a lawsuit brought by the company that claimed it could supply the masks,” the lawsuit states. “JPMC is therefore compelled to file this action in order to protect its rights and respectfully submits that statute, contract, common law and equity make Defendants responsible for any losses JPMC suffers in the vendor’s pending lawsuit.”

The California State Treasurer’s Office, listed as a defendant in the lawsuit, did not respond to a request for comment.

JPMC is demanding a trial by jury “on all issues and causes of action” alleged against the state and the Treasurer’s Office.