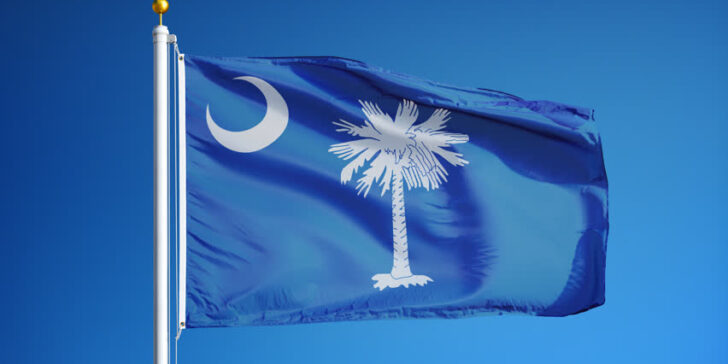 While South Carolina is defending a budget amendment that prohibits local mask mandates before the state’s supreme court, the Palmetto State is leading the nation in per-capita COVID-19 infections.

According to data analysis by The New York Times, South Carolina had the nation’s highest per-capita COVID-19 case count through Tuesday.

After recording about 4,500 new daily cases for much of August, South Carolina averaged about 5,100 newly reported infections a day between Aug. 24-31, the data analysis showed.

As of Thursday, the Times’ South Carolina COVID-19 webpage reported 5,391 new cases in the state, raising the number of documented infections in South Carolina since March 2020 to 740,634.

There were 47 COVID-19-attributed deaths recorded Wednesday in South Carolina and 2,230 were hospitalized with the disease – a 41% increase over the previous week, the website reported.

South Carolina, meanwhile, is among the bottom 10 in residents fully vaccinated against COVID-19. According to Becker’s Hospital Review, only 43.5% of South Carolina adults have received both shots, the nation’s ninth-lowest percentage.

Roper St. Francis Hospital in Charleston reported its highest COVID-19 inpatient count ever Wednesday with one-third of the network’s ICU beds occupied by patents struggling with the disease.

Roper St. Francis is among South Carolina hospitals that have postponed elective procedures because of the surge.

Gov. Henry McMaster lifted South Carolina’s COVID-19 pandemic state of emergency in June, declaring it no longer necessary because the state was reporting fewer than 150 new cases a day.

With daily case counts now topping 5,300, some hospital officials said the governor needs to redeclare a state of emergency.

“We have, oddly enough, declared it’s no longer a public health emergency. Frankly, I’m seeing otherwise,” he said. “We’re in a race and right now, I hate to say it, the virus is winning.”

Oliverio said of the 157 COVID-19 patients in Roper hospital beds Wednesday, 80% were unvaccinated.

“So if you think about that, of those 157 people, 108 don’t need to be there. The only reason they’re there is because there’s a choice,” he said. “Now we have a choice, since Dec. 14, 2020, there has been a safe, efficacious and pure vaccine that has been approved by the FDA available. So, there is a choice, and that choice is to get vaccinated.”

The South Carolina Hospital Association (SCHA) is warning the pandemic is more severe now than it’s ever been – and intensifying.

“A lot of hospitals are at their high-water mark, not just for this surge but for the entire pandemic,” SCHA President Thorton Kirby told the Charleston Post & Courier on Wednesday. “The patients are sicker and younger. We’ve got children involved this time, and the staff are exhausted in hospitals and they’re frustrated because the vast majority, generally over 90%, of the patients they’re treating are not vaccinated.”