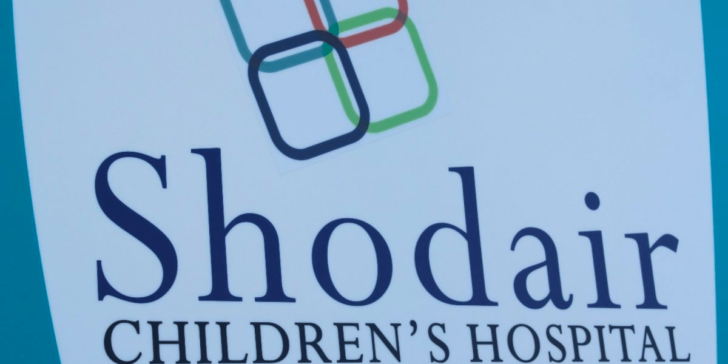 Shodair Children’s Hospital’s low staffing numbers and failure to regularly monitor patients contributed to a patient suicide in May of this year, according to a July inspection released by investigators at the state Department of Public Health and Human Services.

The patient’s death in the hospital’s residential unit has not been previously reported.

State officials within DPHHS’ Quality Assurance Division described several troubling findings about the hospital’s operations in the public report, obtained by Montana Free Press this week, including that the Helena hospital “did not preserve all evidence” related to the patient’s death, and that the facility “destroyed the staff communication form” about the incident that was completed by the overnight nurse. That form, state officials wrote, “documented pertinent information into the investigation and root cause of the event.”

The patient who died was 15 years old, according to a certified copy of her death certificate requested by MTFP from the Lewis and Clark County Clerk and Recorder.

MTFP is withholding the teenager’s name out of respect for her family’s privacy. Reached by phone Thursday, her mother said she has retained a lawyer and declined to comment further.

Lewis and Clark County District Court staff did not have any record of a lawsuit filed against Shodair Children’s Hospital by the patient’s mother as of Thursday.

In condolences posted to a web page announcing the young woman’s May funeral, friends and community members grieved the loss of a person they described as kind and beloved.

“[S]he was so kind hearted and an amazing friend to everyone,” wrote one person who said they were in Shodair at the same time. “I hope she knows how much I care about her, she will forever be missed and remembered.”

In an extensive response sent to MTFP Thursday, Shodair Children’s Hospital said the suicide had “a profound impact on Shodair staff,” who the hospital said were already experiencing “difficult conditions due to the pandemic and related challenges to staffing.”

“It’s a tragedy. It’s hard. Nobody likes to see this,” hospital CEO Craig Aasved said. “We’re not being cavalier about this … This is somebody’s life.”

To the points raised by state inspectors, the hospital defended some of its operational practices and said it would implement additional corrections, including increased training, to improve safety at the hospital going forward.

The hospital acknowledged that documents from the time of the incident, including assignment sheets, were shredded before they were requested by state officials. But the hospital disputed that the documents “contained any information regarding the patient” who died. Going forward, the hospital said, staff will be required to retain certain documents if a similar situation occurs.

The hospital also said it had required staff ratios in place at the time of the May incident: a total of four staff on the unit to oversee 19 patients.

After the patient’s death, Shodair said, it temporarily halted admissions in an effort to lower the overall census in response to limited staffing, and has since kept the patient population  “below regular levels.”

The department’s investigation into the death at the private facility, the primary inpatient psychiatric treatment facility for children and adolescents in Montana, comes roughly two years after the hospital reported that a patient died after running away from the hospital into traffic on the nearby interstate. That incident, the hospital said at the time, was traumatic for the family and staff members, leading administration at the facility to promise to improve safety protocols.

State inspectors indicated that the May incident and the hospital’s response highlighted other instances of inadequate safety operations, primarily involving insufficient staffing.

Interviews with 25 staff members, the hospital’s chief engineer, and a review of video footage in early June led investigators to report that the hospital is struggling with staff-to-patient ratios, “extremely inconsistent” orientation and training for employees, and the difficulty of routinely monitoring patients at 15-minute intervals, as outlined in the hospital’s policy.

The report states that the hospital conducted a “root cause analysis” and submitted a “plan of correction” to the state health department in the months following the incident. While DPHHS said those documents were not publicly available Thursday, the state’s report said the hospital’s analysis “cited human factors contributing to the patient suicide,” including staffing shortages and “therapist burnout.”

Shodair staff members told inspectors with the Quality Assurance Division there were not enough staff to “supervise patients, maintain a safe environment and complete all required patient visual checks in real-time,” the report said.

“Staff have stated that it is impossible to safely supervise patients at this staffing level,” the inspectors wrote, adding that requests to increase staff numbers “were denied” when brought to hospital management.

On the day of the patient’s death, the report said, employees on staff did not fulfill the hospital’s required “verbal and visual” checks for residents. Inspectors documented that she was permitted to use the bathroom shower and proceeded to go 36 minutes without a verbal check from a staff member and 49 minutes without a visual check.

When staff found the patient unresponsive there, the report said, registered nurses on the unit were called for help. The patient could not be revived.

Members of Disability Rights Montana, an advocacy group that monitors Shodair and other health care facilities that work with people with disabilities, said they were “gravely concerned” about conditions at the hospital.

“We monitor this facility and we are very troubled,” said Beth Brenneman, staff attorney at DRM, pointing to the most recent report as well as previous state investigations. “The primary issues in these findings were the lack of sufficient staff training and administrative follow up. In the most recent case, the insufficient staff training was about safety measures to prevent suicide. And of course, that failure had a tragic result.”

Shodair, in its explanation of additional changes, said it has recently hired a new staff member to oversee orientation and on-boarding for incoming hospital staff. That person will work with another clinical educator who has been revising the processes for training new employees.

Additionally, the hospital said, each of its units will now have one mental health technician whose sole assignment will be to complete checks on all patients in their unit. Shodair said it is now also requiring staff to complete “competencies on key components” of its monitoring policy, including how to appropriately check on patients in bedrooms and bathrooms.

In an effort to support and retain existing staff members, Shodair said, it brought in therapeutic and spiritual services for employees to utilize as needed. The hospital also had a group available to help staff process the trauma of the suicide, in addition to a continuing employee assistance program to provide counseling resources to staff.

In recent months, behavioral health providers around the state have repeatedly told state officials that residential units and treatment programs are severely understaffed, a situation that provider advocates often attribute to low pay linked to Medicaid reimbursement rates set by the state.

Shodair currently operates residential and acute crisis units that total 74 beds. In June, the Behavioral Health Alliance of Montana told state officials that Shodair, among other facilities, was struggling to maintain its workforce and was able to staff only 30 of those beds “due to worker shortages.” At that time, BHAM wrote, Shodair had a waitlist of 66 children.

The hospital is currently engaged in a fundraising effort to support a $66 million expansion project to add bed capacity in an effort to tackle its waitlist, an expansion that has been planned for several years. On the web page describing its growth plan, the hospital says the additional space will include classrooms, family meeting rooms and a new pool.

The website does not say how it intends to staff the expanded facility.

As Aasved emphasized, the need to provide mental health care to children and adolescents won’t go away anytime soon. Shodair, he said, will keep taking strides to meet that priority.

“For 125 years, our mission has been to take care of Montana children. And we’ve done that quite effectively over that period of time. And we will continue to do that,” Aasved said. “There are barriers along the way, but that’s our mission and we will stay true to our mission.”