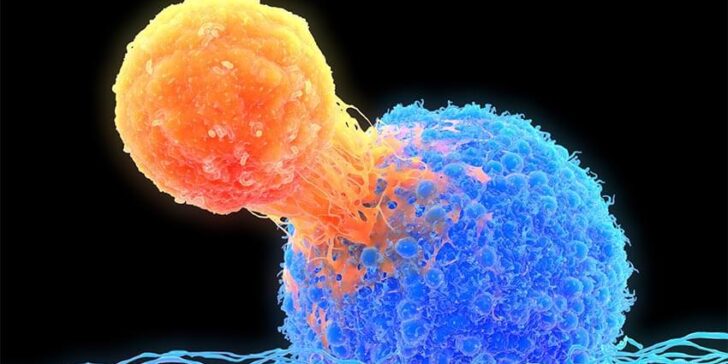 In 2010, two blood cancer patients received an experimental immunotherapy, and their cancers went into remission. Ten years later, the cancer-fighting immune cells used in the therapy were still around, a sign the treatment can be long-lasting, researchers report February 2 in Nature.

California resident Doug Olsen was one of the patients. “From a patient’s viewpoint, when you’re told you’re pretty much out of options, the important thing is always to maintain hope. And certainly, I hoped this was going to work,” Olsen said at a February 1 news briefing.

The treatment, known as CAR-T cell therapy, used the patients’ own genetically engineered immune cells to track down and kill cancerous cells. Based on the results, “we can now conclude that CAR-T cells can actually cure patients with leukemia,” cancer immunologist and study coauthor Carl June of the University of Pennsylvania said at the briefing.

Olsen and the other patient had chronic lymphocytic leukemia. Both responded well to initial treatment. But it was unclear how long the modified cells would stick around, preventing the cancer’s return.

Cancer doctors and researchers “don’t use words like ‘cure’ lightly or easily,” said oncologist and study coauthor David Porter of the University of Pennsylvania at the briefing. But with both patients remaining cancer-free for more than a decade, he said, the therapy has performed “beyond our wildest expectations.”

The biggest disappointment is that the immunotherapy doesn’t work for everyone, Porter added. Some people don’t respond to the treatment. Others can develop dangerous side effects. But researchers are “starting to learn the mechanism of why and how it works, so that we can start to get at how to make it work for more people,” he said.