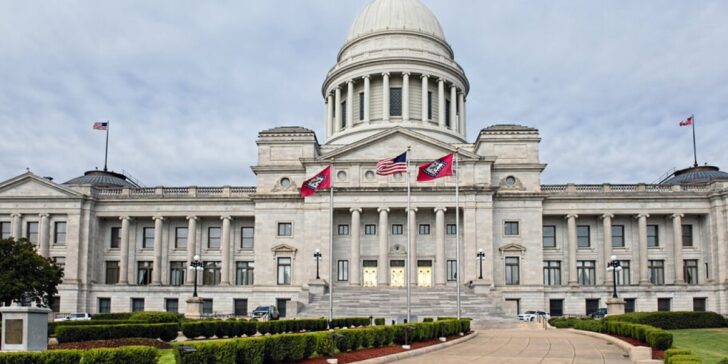 The state received $173 million for the program to help tenants affected by the COVID-19 pandemic pay their rent. About $21 million was sent directly to tenants.

Lawmakers said at a recent meeting of the Arkansas Legislative Council (ARC) they have heard from landlords who claimed renters received the money but did not use it to pay their rent.

Rep. Richard McGrew, R-Hot Springs, said he heard from one landlord whose tenant took the money and abandoned the unit. The tenant had received more than $4,900, McGrew said.

The ALC made a motion that would suggest DHS require signatures from the landlord and the tenant and called for a legislative audit of the funds.

“It’s just a suggestion on the two-party checks, correct?” asked Sen. Alan Clark, R-Lonsdale. “Because we have absolutely no power, correct, to keep the executive branch from throwing away all the money they want to throw away, right?”

The motion was approved unanimously.

A few hours after Friday’s meeting, the DHS announced the program was suspended while it implemented a two-party check system. The state has $57 million remaining in the program, according to Mary Franklin, director of the division of county operations for DHS.

“Going forward, checks issued to eligible tenant-only applications will include the name of both the tenant and the landlord,” the DHS said in a news release. “Under the current process, landlord and tenant applications are matched, and funds are paid to the landlord if both parties provide required information within 10 days. If the landlord does not provide information, the funds are sent to the tenant only. That process will still occur, but checks will now have the names of both parties.”

Franklin said currently, once the funds go directly to the tenants, “we no longer have control of exactly what they do with that money.”

DHS is investigating 75 active fraud cases out of 7,810 payments made to tenants, according to testimony to the ALC from Franklin and Brett Hayes, deputy chief counsel for regulatory and security for DHS.

The department paid a vendor $9.8 million to run the program. The vendor’s services includes a portal that handles the operations statewide, Franklin said.

Even those with questions of fraud said the program was helpful to some landlords and tenants.

“This is a great program if the money is going to where it is supposed to be,” McGrew said.