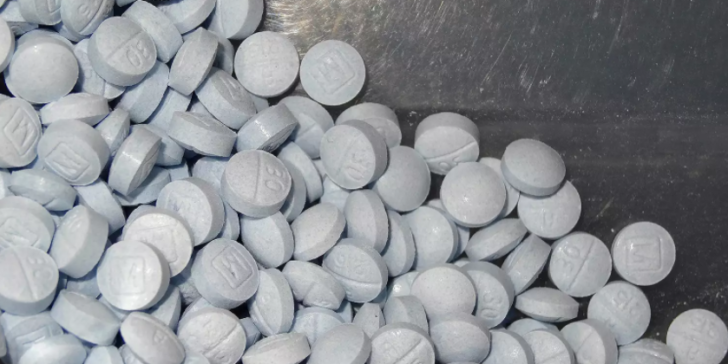 To combat the deadly rise of fentanyl overdoses in California, a state lawmaker announced new legislation on Tuesday that would target traffickers who possess fentanyl.

Assembly Bill 2246, introduced by Assemblymember Cottie Petrie-Norris, would classify the possession of 2 or more grams of fentanyl as a felony and punishable by imprisonment in a county jail for up to four years. Additionally, drug traffickers could face up to nine years in county jail for selling fentanyl on a social media platform in California under the new legislation.

The bill also establishes that the distribution of fentanyl that leads to death would result in a maximum penalty of 20 years to life in prison, according to Petrie-Norris’ office.

“The scourge of fentanyl is poisoning our communities, killing our kids and wreaking havoc all across the state of California today,” Petrie-Norris, D-Irvine, told reporters Tuesday.

“The goal of this bill really is to target traffickers who are responsible for the fentanyl crisis,” she later added.

The legislation comes as California and the U.S. see a rise in overdose-related deaths. Between April 2020 and April 2021, there were more than 100,000 drug overdose deaths in the U.S. – an increase of 28.5% over the previous year, the Centers for Disease Control and Prevention announced in November.

In 2020, California saw over 5,500 opioid overdose deaths and over 3,900 deaths related to fentanyl overdose, according to the state’s Overdose Surveillance Dashboard. Synthetic opioids like fentanyl and stimulants like methamphetamine are the drugs most frequently involved in increasing fatal overdose deaths, with 90% of all fatal overdoses involving one or both drug classes, according to a recent policy brief from California Health Policy Strategies.

Petrie-Norris said Tuesday that her legislation aims to target drug traffickers in California by increasing penalties against those hiding fentanyl in counterfeit prescriptions and abusing social media platforms to distribute fentanyl to children and teens.

“Drug dealers no longer need to stand on dark street corners to sell,” she said. “They are connecting with our kids on platforms like Snapchat, WhatsApp, Instagram and Facebook, and I will tell you both as a legislator, but more importantly, as a mom, this keeps me up at night.”

San Francisco County had one of the highest rates of opioid-related overdose deaths per 100,000 residents in 2020, followed by Nevada and Lake Counties. Several other California counties are seeing upticks in the amount of fentanyl circulating in the community.

Orange County Sheriff Don Barnes told reporters Tuesday that his deputies seized over 205 pounds of fentanyl and over 140,000 clandestine-produced illicit pills that contained fentanyl in the first two months of 2022.

Barnes called the fentanyl crisis the “most significant long term public health and public safety crisis,” adding that if it were not for the pandemic, this would be the most predominant issue the nation would be facing.

“Fentanyl is flooding our community,” he said.

Under current California law, fentanyl possession is considered a misdemeanor offense, which Petri-Norris and others equated to a “slap on the wrist.” Supporters said Tuesday that AB 2246 would ensure that drug traffickers possessing extremely lethal doses of fentanyl would be brought to justice.

“Drug dealers who knowingly sell fake pills made of fentanyl and buy or add fentanyl to recreational drugs like cocaine in an effort to addict [users] to the drug immediately must suffer the consequences for their actions,” President of Victims Of Illicit Drugs (VOID) Jaime Puerta, whose son, Daniel, died in April 2020 of acute fentanyl poisoning, told reporters Tuesday.

Petrie-Norris’ bill has been assigned to the Assembly Public Safety Committee for a hearing in the coming weeks. The author said Tuesday that getting the legislation through the committee could be a “tough battle,” saying there are “currently not enough allies” on the panel to ensure the bill is pushed through.