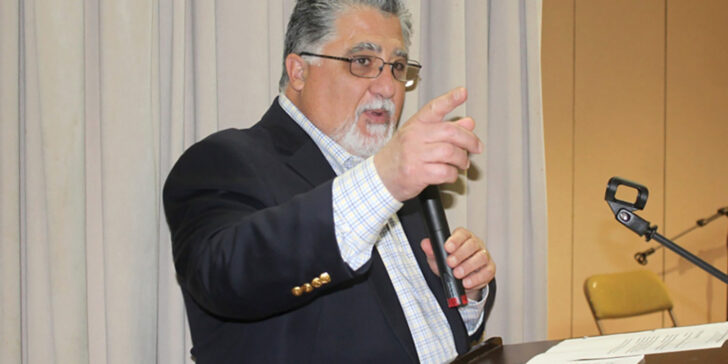 A California bill that would have required parents or guardians of schoolchildren to disclose whether any firearms are in the home failed to pass through a policy committee in the State Legislature this week.

Senate Bill 906, introduced by Sen. Anthony Portantino, D-La Cañada Flintridge, failed to advance out of the Senate Education Committee on Wednesday, with only two members voting to advance the measure.

Portantino had promised to amend the bill significantly if it passed through the committee, pledging to narrow his law to exclude elementary schools, among other things. But that wasn’t enough to overcome opposition from the majority of the committee, with several lawmakers saying the outcome could have been different if Portantino’s bill had focused more on student mental health.

“We all want to ensure schools are safe and to prevent horrific school shootings – there’s no question there,” the committee’s chairwoman Sen. Connie Leyva said. “I believe a better approach is by addressing student mental health.”

Under SB 906, parents would be required to tell schools whether there were guns present in the home and disclose details about storage and accessibility by the pupil. The bill would also require that school officials, in conjunction with law enforcement, search a student’s backpack or on-campus property if there is a credible threat of violence.

Portantino told lawmakers Wednesday that his bill would help ensure school safety amid a rise in shootings on school campuses across the nation. He told the committee that since 1970, California has seen more than 160 school shootings, saying that his bill would increase “accountability and awareness” to prevent future tragedies.

“Every student, every teacher, every administrator, every staff member and every visitor to a school and every volunteer should go to work on a campus in the morning and safely come home in the afternoon,” Portantino said.

The bill faced opposition from the National Rifle Association and the California Rifle and Pistol Association (CRPA). Roy Griffith, a legislative director with the CRPA, told lawmakers that the bill “lacks enforceability” and invades parents’ privacy.

“This is not how we’re going to make California safer,” Griffith said. “What’s next? Having parents report swimming pools in their backyards and prescription drugs in their medicine cabinets?”

Other committee members in opposition included Sen. Brian Dahle, R-Bieber, who said he could not vote to pass the bill because it “infringes on gun owners’ rights.”

Two Senators on the committee, Democrat Senators Richard Pan and Steve Glazer, voted to advance the measure on Thursday. During his comments, Glazer said “the status quo is unacceptable.”

“After all these tragedies, we always say our hearts and prayers go out to those who have been hurt and we pledge to try to do something to make it not happen again,” Glazer, D-Contra Costa, said Wednesday.

California has several restrictions in place when it comes to guns, including a limit on ammunition that magazines can carry and a ban on firearms characterized as assault weapons. Many gun manufacturers craft “California-compliant” versions of rifles since many aren’t legal in the state.