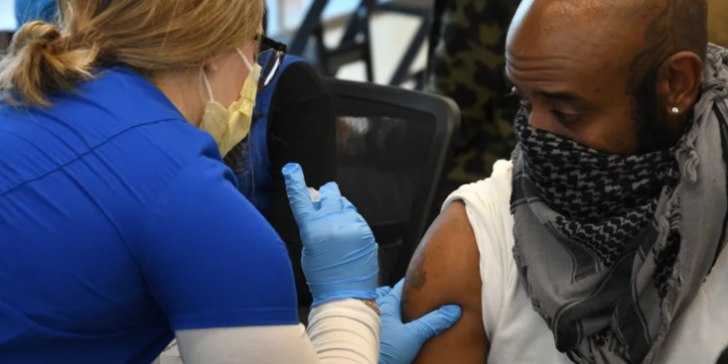 Nearly 89% of Aurora Public Schools employees — and 96% of licensed staff — have been vaccinated against COVID-19 in compliance with a district mandate, officials said.

Meanwhile, in Westminster Public Schools, 97% of employees are vaccinated with a week to go before an Oct. 15 deadline, according to a spokesperson. In Westminster, even employees with exemptions may find themselves on unpaid leave if they don’t get the shot, as the district is taking a hard line on unvaccinated staff having any contact with students.

On Friday, the small Sheridan district joined the short list of Colorado school districts requiring that staff get vaccinated. Employees have until Dec. 8 to get their shots.

So far, just a handful of Colorado districts have made COVID-19 vaccination mandatory, and Gov. Jared Polis has declined to issue a statewide requirement.

“We’re incredibly grateful to our staff for stepping up and responding to this need for our students to be protected and have protection in our classrooms,” Superintendent Rico Munn said at a press conference earlier this week where he appeared with Polis to promote the importance of vaccination.

The Aurora district was the first in Colorado to announce back in May it would require all staff to be vaccinated against COVID in order to continue working. The requirement went into effect when the FDA gave full approval to the Pfizer vaccine, and staff had 45 days to comply. The deadline was Thursday.

Aurora reported a high rate of compliance, especially among teachers and other licensed staff. The majority of those who have not provided proof of vaccination are temporary employees and volunteers, district spokesperson Corey Christiansen said.

Employees who have not yet complied have until Nov. 22 to either get vaccinated or obtain an exemption. Those who miss the extended deadline will be recommended for termination at the December school board meeting, Christiansen said. There may be some situations in which unvaccinated employees are placed on unpaid leave sooner than that, though he didn’t specify what those situations would be.

“The workload impact on the school, department, or division will be considered in determining whether the intent to terminate will be immediate or delayed until December 2021,” he wrote in an email.

Denver Public Schools staff were supposed to be vaccinated by Sept. 30 or risk losing their jobs under a public health order from the city, but the district extended the deadline to Jan. 1 to avoid sudden staffing shortages. Denver, the state’s largest school district, reported that 87% of district employees were vaccinated by the deadline.

Munn said the Aurora district issued the vaccination requirement to ensure in-person learning can be maintained and to keep it as safe as possible.

Westminster Public Schools spokesperson Stephen Saunders said that’s a major reason the district won’t allow unvaccinated teachers to remain in the classroom — even if they have an exemption.

“If a teacher is in front of kids and she’s exposed, even if the exposure doesn’t happen at school, she’s out for 10 days,” Saunders said. “And that’s an undue burden.”

Westminster approved 34 exemption requests and denied three. Those three first requested a medical exemption, then switched to seek a religious exemption when they were asked to provide a doctor’s note.

In cases where an unvaccinated employee can be reassigned — such as a custodian moving to the night shift when they won’t cross paths with students — the Westminster district is accommodating employees with exemptions. But even teachers who work in Westminster’s remote school do so in a school building with co-workers and need to be vaccinated, Saunders said.

Some districts, such as Jeffco and Mapleton, require unvaccinated employees to undergo weekly testing, but Saunders said that still introduces too much risk.

“You can test negative one day and later that same day you’re positive, and you have a teacher who conceivably has the virus dealing with kids all week,” he said.

Aurora approved at least 178 exemptions, and denied at least one among licensed staff. Employees with an exemption are asked to continue wearing a mask, keep physical distance from others, and undergo periodic testing.

In the spring when the district announced the requirement, a handful of teachers spoke to the school board against the mandates, some citing concerns that have been dispelled. Most recently, a group of parents repeating inaccuracies about the vaccines spoke to the school board opposing the requirement, but none were district staff subject to the rule.