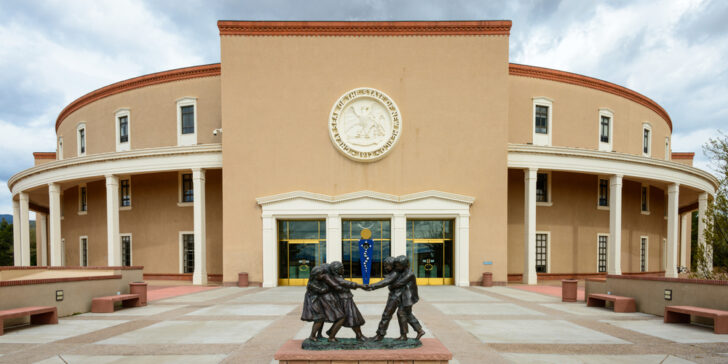 After a contentious, two-hour debate over what should go into the bill to fund 2021’s second special legislative session, the House voted 65 to 1 to approve the $1.6 million package.

The new House Majority Floor leader, Democratic state Rep. Javier Martinez, of Albuquerque, introduced HB 1, known as the feed bill, which ensures that the 2021 second special session legislative session can pay for itself. The legislative session, as called by Gov. Michelle Lujan Grisham, is focused on redrawing political maps and how to appropriate the rest of the $1.2 billion the state has received from the federal American Rescue Plan Act under Pres. Joe Biden.

The bill originally included additional monies to go to the executive and judicial branches, to enable the Department of Finance and Administration (DFA) to prepare to spend the ARPA funds and money for the courts to pay for pretrial services. Martinez referred repeatedly to the crime problem in Albuquerque and that the DFA needed to get ready for the federal expenditures as reasons to pass a bill that was designed to allow the legislature to include the additional expenditures.

“I’m not sure why you’re trying to sneak this into the feed bill. The question I have, is there any reason why this expenditure, which is not appropriate for covering the expenses of special session, is not incorporated into the bill we’re going to hear in the next couple of days?” Rod Montoya asked.

Starting Tuesday, the House Appropriation and Finance Committee will hear HB 2, which will enable the 2021 special session legislature to appropriate money from the ARPA fund.

Martinez responded to Rod Montoya’s question by saying that having the additional expenditures in the feed bill “allows us to get much needed money to AOC (Administrative Office of the Courts). One million goes to DFA (Department of Finance and Administration).”

Rod Montoya and other Republicans claimed that adding additional expenditures to the feed bill was unusual. Republican state Rep. Greg Nibert, of Roswell, called it a “dangerous precedent.”

Martinez said he remembered the 2015 first special session feed bill including additional appropriations. That feed bill was sponsored by then state House Republican majority floor leader Nate Gentry and included $4.3 million from the general fund and $4 million appropriated to the Department of Health; $300,000 appropriated to the Administrative Office of the Courts to address FY15 projected shortfalls in each agency.

State House Rep. Cathrynn Brown, a Republican from Carlsbad, added an amendment which struck the language that included the additional appropriations and included the words “emergency clause,” which ensures that the legislative staff can be paid immediately upon passage of the bill, and not have to wait 90 days after the session ends, per state law.

Democratic state House Rep. Natalie Figueroa, of Albuquerque, was the lone no vote on the bill.

The House will also take up the redistricting bills beginning Tuesday.