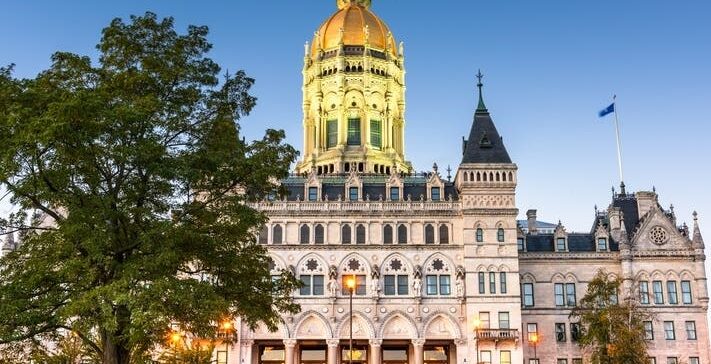 Connecticut lawmakers are renewing a call to replenish the state’s battered unemployment insurance trust fund. Before the pandemic-induced restoration can begin, however, a number of weighty issues that were explored at a recent meeting need to be tackled.

The state General Assembly’s Appropriations Committee held an informational forum this week on the trust fund with Dante Bartolomeo, commissioner of the Connecticut Department of Labor.

Since the start of the COVID-19 pandemic in March 2020, Connecticut has paid out $9.89 billion in UI benefits to residents across the state, Bartolomeo said. A fraction of the figure – $2.78 billion – came directly out of the state trust, while the larger balance was from federal funds.

A portion of those UI funds have since been deemed overpayments, though Bartolomeo said the exact amount is still being determined as state officials go through a lengthy review process. Residents who have been notified of overpayments can seek a waiver by filling out requisite paperwork.

While a portion of the overpayments are fraudulent, Bartolomeo said she viewed most of the cases as errors that occurred for a variety of reasons. Examples include individual claimants receiving UI benefits and employers receiving loans through the federal Paycheck Protection Program that also benefited the same person.

“A lot [of information] came fast from the federal government,” Bartolomeo said. “I think it was with good intentions. We were trying to keep people above water.”

State representatives and senators serving on the Appropriations Committee had varied viewpoints about the approach the state should take in addressing the overpayments.

“It affects all of our communities dramatically,” Walker said.

While she expressed interest in addressing outstanding issues linked to the trust fund, state Rep. Robyn Porter, D-Hamden, said the UI system served as an important lifeline when it was needed most.

“We’ve helped out many, many people,” Porter said. “We’re not post-pandemic yet.”

But state Sen. Craig Miner, R-Litchfield, offered a different take on the overpayments.

“People got a tremendous amount of money, and that’s a reason we don’t have employees,” Milner said. “There should be an effort to try and recollect.”

The fiscal health of the UI trust fund also was discussed at the forum. Some of Connecticut’s share of the federal American Rescue Plan Act funds could go toward improving its condition.

The trust’s balance hovered around $642 million pre-pandemic, and the state had to begin looking to the federal government in August 2020 after the state’s own resources within the fund were depleted.

Bartolomeo said the current balance on the federal loan stands at around $532 million after a payment of about $200 million was made on a portion of the bill.

Miner said he was a strong proponent of using ARPA funds to tackle the remaining debt.

“Let’s not fight about this,” Miner said. “Let’s appropriate the funds. This is a tremendous amount of money for the state of Connecticut.”

State Rep. Harry Arora, R-Greenwich, said he was appreciative of the effort among lawmakers to bring the UI trust fund back to solvency in the coming years.

“I think it’s very clear we have some work to do,” Arora said.