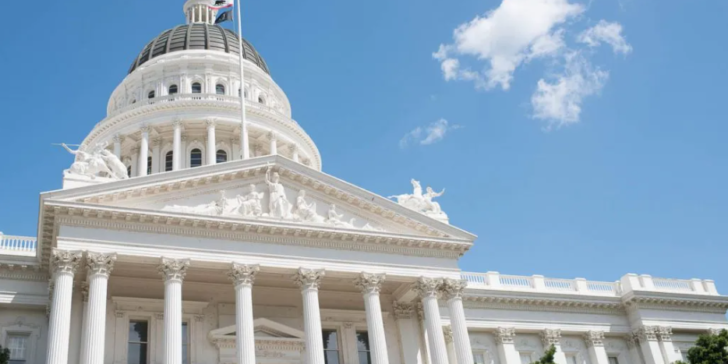 California could be bound for a “fiscal cliff” as soon as the 2023-2024 fiscal year even with a $97.5 billion surplus, a new analysis from the nonpartisan Legislative Analyst’s Office indicates.

The report, which reviewed Newsom’s revised $300.6 billion budget proposal that he unveiled last week, indicated that California could face a $25 billion budget problem in the next fiscal year as the state faces a “heightened risk of a recession within two years.”

The LAO recommends that the state increase its reserves in anticipation of the fiscal cliff, particularly as the state could face slower revenue growth in the coming years due to the increased risk of recession. Under the current proposed budget, 94% of the state’s discretionary surplus is spent on one-time investments. The LAO said the revised budget has “very few proposals” to help the state ready for the next downturn.

“Our estimates suggest the May Revision sets the state up for a significant budget problem as soon as next year,” the report states. Specifically, the LAO estimated that the state “would face an additional SAL (State Appropriations Limit) requirement of over $20 billion in 2023‑24, but have a surplus of only $1.6 billion in that year.”

The State Appropriations Limit – more popularly known as the “Gann Limit” – is a 1979 voter-approved measure that caps state and local government spending at 1978-1979 levels, adjusted for inflation. To avoid exceeding the limit, lawmakers can issue tax refunds, spend the money on schools or increase spending for “excluded purposes,” such as infrastructure projects.

The LAO had previously predicted that the state would exceed the Gann Limit in the coming fiscal year, but Newsom’s revised budget allocates $34 billion in surplus funds to address these requirements, which includes proposing tax rebates to vehicle owners and increasing spending on infrastructure.

The revised budget leaves about $3.4 billion in unaddressed state appropriations limit requirements in the 2022-2023 fiscal year, according to the LAO’s report. While this remaining requirement appears small, the SAL is calculated over the course of two years, meaning “the 2022-23 requirement must be considered alongside the state’s 2023-24 SAL position,” the LAO said.

The requirements under the SAL could leave California with a $25 billion budget problem, the LAO noting that the state “cannot ‘grow its way out’ of this kind of budget problem.” The report notes that for every “$1 the state collects above the limit, it must allocate about $1.60 in constitutional requirements.”

“This means that if revenues are higher than the Governor’s budget anticipates, the state will be in an even worse fiscal position,” the LAO wrote.

Newsom’s revised budget does acknowledge the state faces an “uncertain” economic future, and the May revision “reflects $37.1 billion in budgetary reserves and plans to prepay billions of dollars in state debts and make supplemental deposits into the Rainy Day Fund,” the budget proposal states.

The LAO, however, is urging the governor and Legislature to increase reserves in the final budget, which could “help the state address either future SAL requirements or a budget problem resulting from a recession.”

H.D. Palmer, a spokesperson for the Department of Finance, told The Center Square that the department agrees the state is facing “a number of additional fiscal challenges this year,” including supply chain bottlenecks and high inflation. Palmer said the state believes they are in a “good position to face these risks” due to the billions already earmarked for reserves and the fact that 99% of new discretionary spending is one-time investments.

In response to the LAO’s call for additional reserves, Palmer said that the “state has critical needs in the coming year that the Governor believes that we must address,” including preparation for another year of drought conditions, wildfire preparedness and funding additional power generating capacity in anticipation of another summer of energy supply shortage.

“The Governor believes we can and should provide the resources needed to prepare the state for these near-certain conditions this year,” Palmer said. “His budget does just that – and provides funding for them with one-time resources in a prudent and responsible manner.”