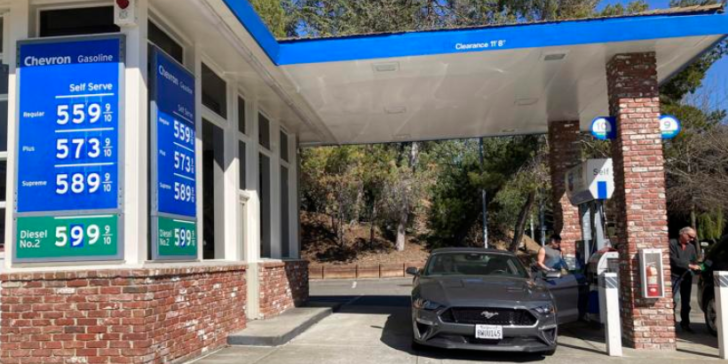 A group of bipartisan lawmakers unveiled a new proposal to bring relief to consumers at the gas pump Thursday, announcing a plan to suspend the state’s excise gas tax for an entire year.

The plan, announced by members of the bipartisan California Problem Solvers Caucus, would suspend the state’s 51-cent per gallon gas tax for 12 months and use a portion of the state’s multi-billion-dollar surplus to backfill money for transportation projects that are funded by the gas tax. California’s current average price for a gallon of fuel is $5.69, which AAA has as the nation’s highest price.

Lawmakers in support of the proposal said Thursday that the “gas tax holiday” would provide relief to Californians feeling the impact of high gas prices on their wallets.

“Gas prices are out of control. Californians from Imperial to Humboldt need help,” Assemblymember Adam Gray, D-Merced, said Thursday. “This is a common sense idea that gives immediate relief to drivers if we do it the right way.”

The proposal comes as the latest in a series of measures introduced in recent months to address rising gas prices and inflation. One proposal under consideration would send $400 to all taxpayers, regardless of vehicle ownership.

Another proposal, introduced by Assemblymember Kevin Kiley, R-Rocklin, proposed suspending the state’s gas tax for six months. After multiple attempts to force a floor vote on the measure, the bill was ultimately gutted and amended in a legislative committee after facing growing opposition from lawmakers.

“After we forced a vote repeatedly, several Democrats are now in favor of suspending the gas tax,” Kiley tweeted Thursday after the latest proposal was announced. “The way you get a Supermajority to act is not to ask nicely.”

Lawmakers said Thursday that the latest proposal would require retailers to pass 100% of the tax on to consumers. Opponents of Kiley’s bill had previously argued that suspending the gas tax could allow oil companies to pocket savings without providing any real relief to consumers.

Several lawmakers highlighted the bipartisan nature of the new proposal. Assemblymember Tom Lackey, R-High Desert, said the legislation shows that “problems get solved when we put our red and blue jerseys away.”