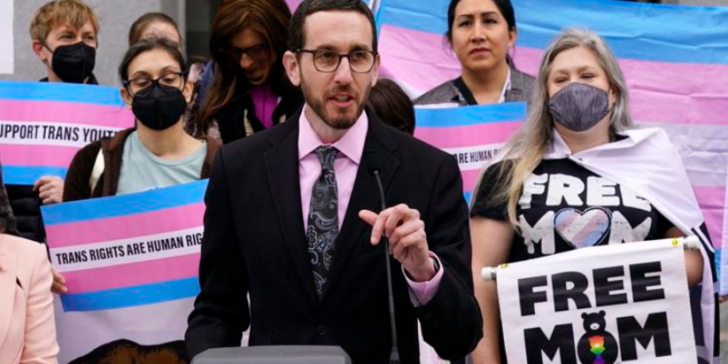 A bill that would require physicians to undergo cultural competency training to provide appropriate care for transgender, gender-nonconforming and intersex people (TGI) was advanced by a committee of California lawmakers this week.

Lawmakers passed the bill in an 8-2 vote in the Senate Health Committee on Wednesday.

A 2021 report from the Center for American Progress found that almost half of transgender adults reported having “negative or discriminatory experiences with a health care provider” in the year before the survey. Additionally, 28% of transgender individuals reported postponing or not receiving medical care in the year before the survey “for fear of experiencing discrimination.”

Wiener told lawmakers his bill aims to “improve the healthcare system” by providing training for physicians so that TGI people get the care they need. While negative experiences with healthcare providers can stem from interactions that are “abusive and intentional,” he noted other times when providers “simply don’t know how to interact appropriately in a supportive manner with TGI patients.”

“A trans person should not have to teach their healthcare provider how to do that,” Wiener said during a committee meeting Wednesday.

“I want to be clear – this is not about demonizing providers,” he later added. “So many providers want to do the right thing. We want to make sure we are providing support in terms of training and learning and knowing what the standards are so that they can do what so many want to do, which is to treat people effectively and with compassion.”

The legislation comes as several states have considered legislation that would criminalize transgender healthcare for minors. Additionally, Texas Gov. Greg Abbott announced a directive in February ordering investigations into parents of minors who undergo gender-confirming care.

Wiener called these messages “horrific” for trans youth, noting that his bill would ensure TGI patients get the care they deserve in California.

The bill faces opposition from the Concerned Women for America Legislative Action Committee, which wrote that the bill “violates the rights of healthcare plan staff, as well as staff of insurance providers, to exercise their religious liberty by opting out of such training,” according to a bill analysis from the Senate Health Committee.

The bill was initially opposed by the California Medical Association, who had concerns that the legislation would be “challenging to implement” and “apply additional barriers to practicing medicine when California is facing a health care workforce shortage.”

The CMA had recommended the bill be amended to incorporate TGI training into continuing medical education. Wiener accepted the amendments, and a representative said during Wednesday’s hearing that the CMA “looked forward” to removing their opposition to the bill based on the amendments.

Supporters of the bill told the committee on Wednesday that this bill would provide important training to ensure clinicians do not provide “misguided treatment” to TGI patients. Erin Pollard, a licensed marriage and family therapist who specializes in gender-affirming mental health care, told the committee that measures are needed to “establish better access to gender-affirming trainings.”

The majority of lawmakers on the Senate Health Committee voiced support for Wiener’s measure, saying it would help medical professionals ensure they provide the highest quality care to all patients. Wiener reiterated the bill makes sure that if you are TGI, “you can go with confidence to see a medical provider and get appropriate care.”

The bill will be heard next in the Senate Appropriations Committee.