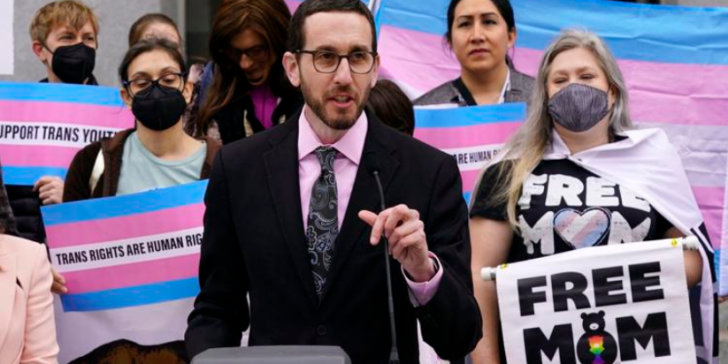 Transgender youth and parents facing potential legal action in other states that are criminalizing gender-confirming healthcare could find refuge in California under a new proposal unveiled Thursday.

The legislation, introduced by Sen. Scott Wiener, D-San Francisco, would reject any out-of-state judgment that would remove a transgender child from their parent’s custody for allowing them to receive gender-confirming care.

The proposal comes after recent attempts in several states to criminalize transgender healthcare for minors, including in Texas and Idaho. Lawmakers noted Thursday that similar proposals are starting to make their way through legislatures in other states.

Wiener’s proposed legislation, which is co-authored by the LGBTQ Caucus, would also bar California from complying with any out-of-state subpoena seeking information about individuals who came to the state for gender confirmation procedures if that subpoena is related to criminalization.

Additionally, the proposal would declare that an arrest warrant for an out-of-state resident who received gender-affirming care be “the lowest priority for law enforcement” in California, according to the Los Angeles Times.

“With this bill, California will continue to be a leader in protecting the civil rights and the basic dignity of LGBTQ people and will help trans kids and their parents know that they have a safe place to go if they are threatened with prosecution,” Wiener said during a news conference Thursday.

On Wednesday, the Idaho Senate killed a bill that would have made it a felony to provide minors with gender confirmation procedures, including hormone therapy and surgeries, according to the Idaho Statesman. It had been previously passed by Idaho’s House last week. Supporters of legislation such as this stress the issue is about parental rights regarding the health care decisions for their children.

The Alabama state Senate passed a similar bill earlier this month that would criminalize providing gender-affirming surgeries or prescribing puberty-blocking drugs and hormones.

Additionally, a Texas judge issued a temporary injunction last week to block the enforcement of a directive from Texas Gov. Greg Abbott to have the Department of Family and Protective Services investigate reports of youth receiving gender confirmation procedures as child abuse, according to the Associated Press.

Supporters of Wiener’s proposal said Thursday that measures like these threaten the rights of transgender youth and will cost lives. Lawmakers promised that California’s doors would remain open to trans youth and their families.

“With this bill in California, we are making it clear that this state will not abide by out of state subpoenas, we will not be complicit in the assault on trans youth and their families, and we will continue to welcome trans, gender non-comforming and intersex people in this state,” Assemblymember Alex Lee, D-San Jose, said during a news conference Thursday.

Wiener’s proposal has yet to be formally filed, according to his office.