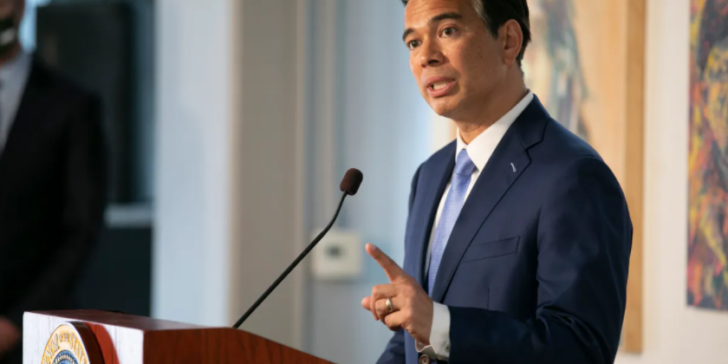 California Attorney General Rob Bonta notified the City of Pasadena that it was violating state law by blocking the implementation of housing legislation that would allow up to four housing units to be built on an existing single-family lot.

In December, the Pasadena City Council adopted an urgency ordinance that bars Senate Bill 9 – a new bill that makes it easier to build a duplex or subdivide an existing lot – from being implemented in “landmark districts.” The city extended the ordinance on Jan. 10, just over a week after SB 9 went into effect.

Bonta notified the city on Monday that the city’s prohibition of projects in “landmark districts” violates the provisions of SB 9, which only exempts projects on individual sites that are landmarks, historic property or part of a historic district. The attorney general’s office claims the city’s criteria for a “landmark district” are broad and can apply to sites that are not connected to historic resources.

“Pasadena’s urgency ordinance undermines SB 9 and denies residents the opportunity to create sorely needed additional housing, under the guise of protecting ‘landmark districts.’ This is disappointing and, more importantly, violates state law,” Bonta said in a statement on Tuesday. “Right now, California is facing a housing crisis of epic proportions, and it’s going to take all of us, doing our part, to alleviate its worst effects. At the California Department of Justice, we’re in this fight for the long haul.

“I urge cities to take seriously their obligations under state housing laws. If you don’t, we will hold you accountable.”

In a letter to the city, Deputy Attorney General Matthew Struhar wrote that his office is “aware of local efforts to create new ‘landmark districts’ specifically for the purpose of avoiding SB 9.” The letter also notes interest from the city’s Planning Commission in creating a “citywide historic overlay district,” which Struhar said would go against the provisions of SB 9.

“Adopting a citywide historic overlay for the purpose of evading SB 9 would be an abuse of discretion,” Struhar wrote.

Bonta also accused the city of failing to make the necessary findings to adopt new development standards under an urgency ordinance. The attorney general claimed Pasadena did not provide evidence that the approval of development permits would pose a “current and immediate threat to public health, safety or welfare,” as they are required to do before adopting an urgency ordinance.

Pasadena’s attempt to block the implementation of SB 9 comes weeks after Bonta alerted the Town of Woodside that its move to declare itself a “mountain lion sanctuary” violated state law. The town ended up revoking its declaration after Bonta stepped in.

Officials from the City of Pasadena did not immediately respond to a request for comment regarding Bonta’s notice.