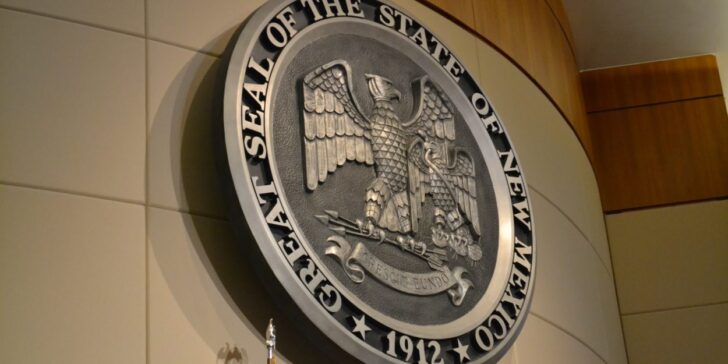 One day after a controversial bill to make New Mexico a hub of hydrogen activity died in the Legislature, another — deemed a “baby hydrogen bill” by its sponsor — sprung to life.

For one, it does away with offering tax credits to public and private entities that team up to create clean hydrogen projects — a point of contention to critics who said those credits will benefit the oil and gas industry.

Instead, interested parties wanting to develop the hydrogen industry in the state will apply for public/private partnership money to be vetted and approved by a hydrogen hub development board and approved by the New Mexico Finance Authority.

The House of Representatives passed a bill authorizing such partnerships Tuesday. That bill, which Lundstrom co-sponsored, now goes to the Senate for consideration.

“I think it’s a major economic generator,” Lundstrom said Tuesday. “I think it ties in exactly with what the Biden administration is looking for in creating these federal hydrogen hubs.”

Rob Black, president and CEO of the New Mexico Chamber of Commerce, said the bill will help convert abandoned coal mine plants — such as the Escalante Power Plant in Prewitt — into hydrogen facilities, which will help create jobs.

“In a community like Grants and Gallup, the whole corridor there that has lost so many good paying jobs with Marathon Petroleum (refinery) and Escalante closing, this could be a big help to rural communities,” Block said.

Lundstrom said the reason she’s pushing the bill is because of the Escalante project, which could create 400 new construction jobs and about 100 permanent full-time positions.

The Texas-based Blackstone Group, a global investment firm with hundreds of billions of dollars investment portfolios, plans to fund the purchase of the Escalante plant.

“It’s kind of shameful that New Mexico taxpayers are being asked to throw every subsidy in the book — grants, loans, investments, university research — at a project backed by some of the richest people in the world,” Singer wrote in an email.

But other concerns may remain about the plan, including whether the process for separating hydrogen from natural gas for use as an energy source will increase greenhouse gas emissions.

As Lundstrom filed the bill Tuesday, members of the Senate Conservation Committee voted to table a bill the sponsor said was designed to allow New Mexico to receive federal funds for hydrogen.

“I thought there would be a little more discussion,” Sen. George Muñoz, D-Gallup, who is sponsoring Senate Bill 194, said following the action, which happened before committee members even delved into the details of the proposed legislation.

The bill calls for including “clean hydrogen electric generation facility” to the definition of “renewable energy” in the state’s Renewable Energy Act, which drew stiff opposition from environmentalists and others.

“Renewables don’t emit carbon dioxide,” she said. “This is a twisted, sardonic redefinition and should be rejected.”

Asked his prediction on a hydrogen bill passing during the 30-day session that ends next week, Muñoz said “hydrogen is dead” and pointed to the committee’s vote as a sign of what is likely happen if a hydrogen bill made it to the Senate floor.

Lundstrom said she did not think the failure of Muñoz’s bill would affect her legislation. But Muñoz was less optimistic.

“Hydrogen needs to be vetted a little bit more, but when you want to get $2 billion in federal money and every other state — Utah, Texas — is trying to get hydrogen hubs because the feds are going to fund them, we should not take that lightly,” he said. “We should explore our options.”

Committee members tabled the bill without any discussion. In an online poll of people attending the meeting virtually, a vast majority — 115 out of 155 — said they were opposed to Muñoz’s bill, which some critics said was designed to help revive the Escalante plant.

Meanwhile, Lundstrom’s hydrogen hub bill, certainly one of the more high-profile pieces of legislation to emerge this session, has survived at least two attempts to bury it.

House Bill 228 is Lundstrom’s third pass at pushing through the legislation, backed by Gov. Michelle Lujan Grisham, who has said producing clean hydrogen can both benefit the environment and build a new industry that will yield economic benefits and create new jobs.

Last week, Lundstrom introduced a second version, House Bill 227, as a dummy bill — blank bills that lawmakers can fill in later regarding specific issues. That bill included much of the same language as HB 4 but lowered the allowable levels of carbon dioxide emissions from the process. HB 227 was set to be heard this week in the House Appropriations and Finance Committee, which Lundstrom chairs.

But on Monday, House Speaker Brian Egolf, D-Santa Fe, suddenly pulled that bill from that committee and put it on the Speaker’s Table, where, he said, it would remain without a hearing until the 30-day session ends on Feb. 17. That move effectively killed the bill.

Lundstrom said she was “very disappointed” in Egolf’s action but said he “felt like there needs to be more time (spent) on it.” She said there was apparently a lot of “negative” feedback to the bill, which she did not get involved with “because that’s just part of the process.”

Lundstrom said HB 228 is scheduled to be heard in the House Commerce and Economic Development Committee Wednesday.

This article was originally posted on After failure of previous efforts, ‘baby hydrogen bill’ emerges