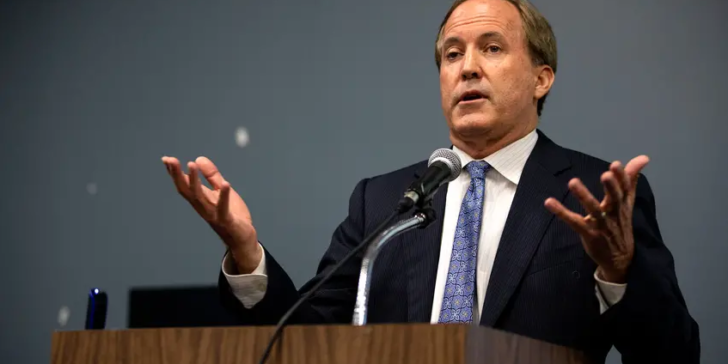 Attorney General Ken Paxton’s securities fraud case can be tried in his home county in North Texas, an appeals court affirmed Thursday when it denied the prosecution’s plea to reconsider the decision.

The 1st Court of Appeals in Houston denied a motion by prosecutors to hold a hearing of the full nine-justice court to review the decision made by a three-justice panel of the court in May to move the case from Harris County back to Collin County, where Paxton lives. The order could have avoided further delays in the six-year-old criminal case against the sitting attorney general and returned the case to what is seen as a friendlier venue to the two-term Republican incumbent. But on Thursday, the prosecution said it would continue its appeals.

“Because we agree with the dissenting justices that there are critical errors in the majority’s decision, we will seek further review of it in the Court of Criminal Appeals,” special prosecutor Brian Wice said in a statement.

Justices Gordon Goodman and Amparo Guerra dissented to the court’s majority opinion and Justice April Farris did not participate. Goodman, who was part of the three-justice panel that sent the case back to Collin, had dissented in part to the original decision.

Paxton’s defense lawyers touted the court’s decision and prodded prosecutors to move forward with the case.

“Multiple Courts have now ruled that [Presiding] Judge [George] Gallagher’s transfer of General Paxton’s case to Harris County was without legal authority. It’s time for the Special Prosecutors in this case to either dismiss these baseless charges or try the case in Collin County where it always belonged,” Dan Cogdell, one of Paxton’s attorneys said in a statement. “The time for playing politics is over. As the saying goes, ‘either put up or shut up.'”

Paxton is accused of persuading investors to buy stock in a technology firm without disclosing he would be compensated for it. He was a member of the Texas House at the time. Paxton denies any wrongdoing and says the accusations are politically motivated.

In May, the panel of three Democratic justices allowed the case to return to Collin County on a vote of 2-1, ruling that the presiding judge who moved the case out of Collin County in March 2017 had no longer been assigned to the judicial region handling Paxton’s case. The ruling was a major victory for Paxton, who had asked the courts to be tried in his home county, a staunchly Republican area of the state where he and his wife, state Sen. Angela Paxton, R-McKinney, are well-known political figures.

The court’s majority denied that request.

The fraud allegations have shadowed Paxton nearly his entire two terms in office, and he has already drawn two opponents in his battle for reelection next year: Land Commissioner George P. Bush and former Texas Supreme Court Justice Eva Guzman. Bush has slammed Paxton for his multiple legal entanglements.

Paxton is also being investigated by the FBI over accusations last year from former employees who say he abused his political power and accepted bribes. He denies those allegations. Four former aides have filed a whistleblower lawsuit arguing Paxton fired them as retaliation for reporting his alleged behavior to federal and state law enforcement agencies.

Paxton has also faced multiple state bar investigations for professional misconduct related to his failed efforts to overturn the 2020 presidential election results in Georgia, Wisconsin, Michigan and Pennsylvania. The U.S. Supreme Court threw out the case.