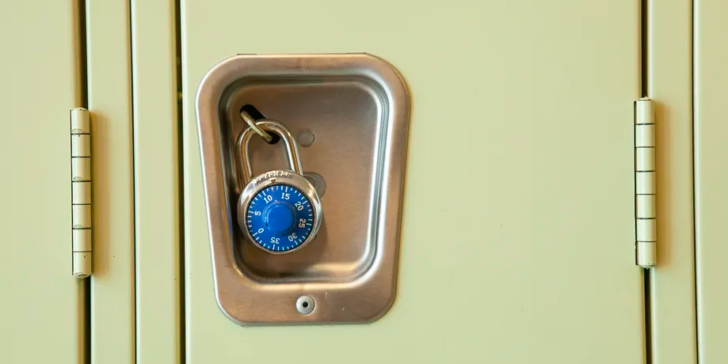 Chicago Public Schools’ watchdog repeatedly warned district officials and child protective services of pervasive sexual abuse at a West Side school since the start of a 2019 investigation into allegations of misconduct.

The office of William Fletcher, the Chicago Public Schools inspector general, on Friday released a summary report describing instances of sexual misconduct, inappropriate relationships between staff and students, and a failure by the school principal and other staff members at Marine Leadership Academy to report the allegations that date back to 2016.

Read the full summary report below.

Since the outset of the investigation, the school district’s investigative arm communicated with the school district and the city’s police department regarding student safety. The report says the watchdog agency contacted the Illinois Department of Children and Family Services at least 22 times since 2019 about allegations at Marine Leadership Academy.

The watchdog substantiated allegations against 10 employees — a mix of teachers, administrators, and support staff — and one volunteer following an anonymous tip in 2019.

The timing is notable, since that same spring, Chicago Public Schools launched an Office of Student Protections and an anonymous tip line in response to a Chicago Tribune investigation that revealed major lapses in how schools handle student complaints of sexual misconduct by adults.

Six other staffers failed to report and actively hid suspected violations including the principal, the assistant principal, head of security, a counselor, and a teacher’s assistant. They were alleged to have known about the abuses but failed to report, according to the OIG.

Two employees were removed in 2019. In total, 10 staffers have been removed or are in the process of being removed, district officials said.

No individuals currently face criminal charges, according to the OIG.

The OIG will release another report in the coming weeks detailing allegations against other staff and a final report analyzing the “systemic and school-culture issues uncovered” during the investigation.

The Chicago public school at 1920 N. Hamlin Ave. is affiliated with the Marine Corps JROTC program and is one of a handful of schools connected to branches of the U.S. military. In 2013, a plan by district officials to convert the neighborhood school into a military academy faced significant community pushback.

​​Ahead of the release of the report, district CEO Pedro Martinez discussed the allegations during a Friday morning press conference, calling it a “colossal failure.”

“Failure to report misconduct is egregious and is a violation of district policies,” Martinez said.

The district is calling for staffers involved to be stripped of their teaching licenses.

Asked about the number of victims, Martinez said there were no more than a dozen but did not provide an exact count.

The release of the watchdog’s report calls into question who knew about the misconduct allegations and when. Martinez, who started in his role as CEO in late September, said Friday morning that the inspector general did not make officials aware of the “nature of the allegations” until Oct. 20. He said a backlog of cases at the Inspector General’s office and staffing issues were among the reasons the investigation took so long.

But in the report summary, the school district’s top investigator says the office alerted CPS about the investigation and impacts to student safety beginning in 2019.

In a letter sent to Marine Leadership Academy families on Friday, CPS notified parents of the investigation and the removal of 12 employees and one volunteer. District officials said they are committed to providing students with a “safe, supported and valued” learning environment and vowed to hold staffers accountable.

“The culture that has been uncovered at MLA is unacceptable, inconsistent with the values of CPS, and will not be tolerated at any of our schools,” the district said.

A similar letter was sent to parents districtwide later Friday.

District officials said they were working to “strengthen state laws to better protect students and apply stronger consequences to adults who behave inappropriately and threaten our students” and planned to launch a pilot program in the Office of Student Protections to help staff, students, and parents recognize and prevent future instances of inappropriate behavior.

The report comes more than three years after a 2018 investigation by the Chicago Tribune revealed systemic failure in the district’s handling of cases of sexual misconduct. The district responded to that investigation by transferring some investigative authority to the Office of the Inspector General, creating a 20-person Office of Student Protections tasked with protecting students from sexual violence and discrimination, establishing a reporting hotline for suggested abuse, and strengthening its background check policy for staff, vendors, and volunteers. At the time, Chicago also removed two principals.

In the wake of the OIG’s report and the most recent allegations, the union called the lack of action concerning and called on Mayor Lori Lightfoot to make her “district responsible for all facets of student safety.”

“We cannot continue to have such an alarming lack of attention, and lack of action, in protecting children,” the union said Friday. “We must also continue to push back against cultures of fear and intimidation from administrators in our schools.”