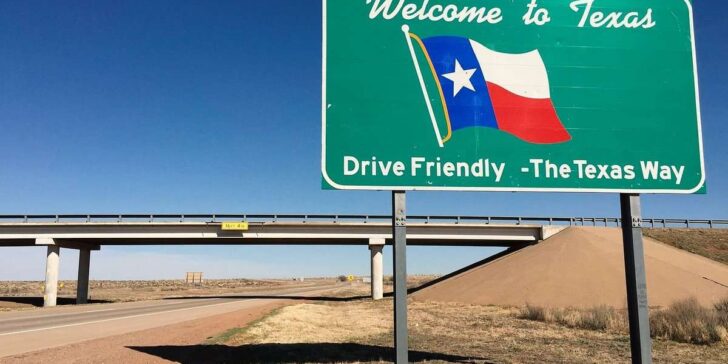 Compared to red state Florida, which ranks as the second-freest state in the U.S., Texas ranks 21st, according to a newly published report by the CATO Institute.

The report shows that Texans lost overall freedom over the past 20 years and ranks near last when it comes to personal freedom.

“Texas talks a good game about freedom but could stand to deliver a more freedom-oriented policy regime,” the report states. “The problem is that Texas has always been a less free state for personal freedom and now is the second- worst state on that margin despite some absolute improvement over time. Its economic freedom is likely one reason it hasn’t slipped out of the top half states and why it’s been such a job-producing and population-attracting machine. It does especially well on fiscal policy where it ranks 12th.”

CATO Institute’s “Freedom in the 50 States” report provides an in-depth look into personal and economic freedoms on a state-by-state basis. It ranks all 50 states according to how their public policies affect individual freedoms economically, socially and personally, ranging from taxation to debt, from eminent domain laws to occupational licensing, and from drug policy to educational choice.

“Measuring freedom is important because freedom is valuable to people,” the report states, as “a means to their flourishing … and an end in itself. At the very least, it is valuable to those whose choices are restricted by public policy.”

“‘Freedom’ is a moral concept,” CATO argues, and its definition is grounded in individual liberties, arguing, “individuals should not be forcibly prevented from ordering their lives, liberties, and property as they see fit, as long as they do not infringe on the rights of others.”

Texas ranks higher in fiscal freedom due to having no state income tax, but ranks near last, 48th, in the category of local taxation and fiscal decentralization.

And while Texas ranks above-average in regulatory policy, it’s “not as good as one might expect at 22nd,” the report adds.

The Lone Star State also ranks 43rd for government debt. State and local debt is above average at 21.2% of income, with the biggest problem being local debt burdens. “If Texas could get a handle on local taxes and debt, it could improve on its top-10 economic freedom score and become an even greater economic powerhouse,” the report states.

According to the Texas Comptroller’s office, outstanding General Obligation Debt also increased by 41% from 2010 to 2019.

Nurse practitioners also have no freedom of independent practice, the report notes.

CATO also recommends that the Texas legislature enact legislation enabling parents to open general education savings accounts, which the legislature has failed to do despite attempts made by conservatives to do so.

Texas has little-to-no school choice options, and its public school system has not fared well, generally falling in the lower third of states ranked, according to varying metrics in national surveys, despite increasing property taxes and ISD taxes.